The year was 1844.  A man named I. Daniel Rupp had the idea to compile an authoritative encyclopedia of the various religious bodies in the United States.  So he appealed to members of each group to submit a history of their rise and progress, with specific mention of any doctrines that made them different from the others.

Robert Richardson, who would later go on to write the two-volume Memoirs of Alexander Campbell, was selected to submit this early history. 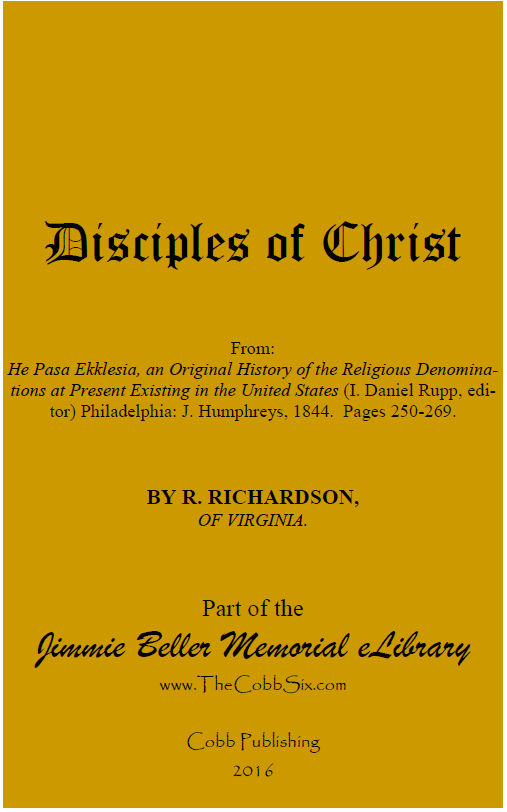 You have to remember that at this time, both Thomas and Alexander Campbell ere still alive.  Barton W. Stone was still alive (he would die later that year).  The missionary societies had not yet reared their ugly head; and none of the churches had introduced instrumental music.

So Richardson’s entry pictures the Disciples at a time when they were still united on the Bible, on biblical principles, on biblical worship, and on the biblical plan of salvation.

As always, we’ve tried to remove any typos, correct the spelling, and reformat this book for the Jimmie Beller Memorial eLibrary so that you can enjoy it as much as possible.  On this offering, we’ve also taken the two footnotes and inserted them into the text in parentheses (they were short footnotes).