It was 2011, and Paul’s fascination with old-time radio shows was just beginning to take root.  Then, without warning, he announced that he had written his own radio show, and had parts in it for all of his sisters.  An hour’s worth of recording, and another six hours of editing was all it took before the very first Cobb Kids Audio Show was completed.  It was six minutes long. 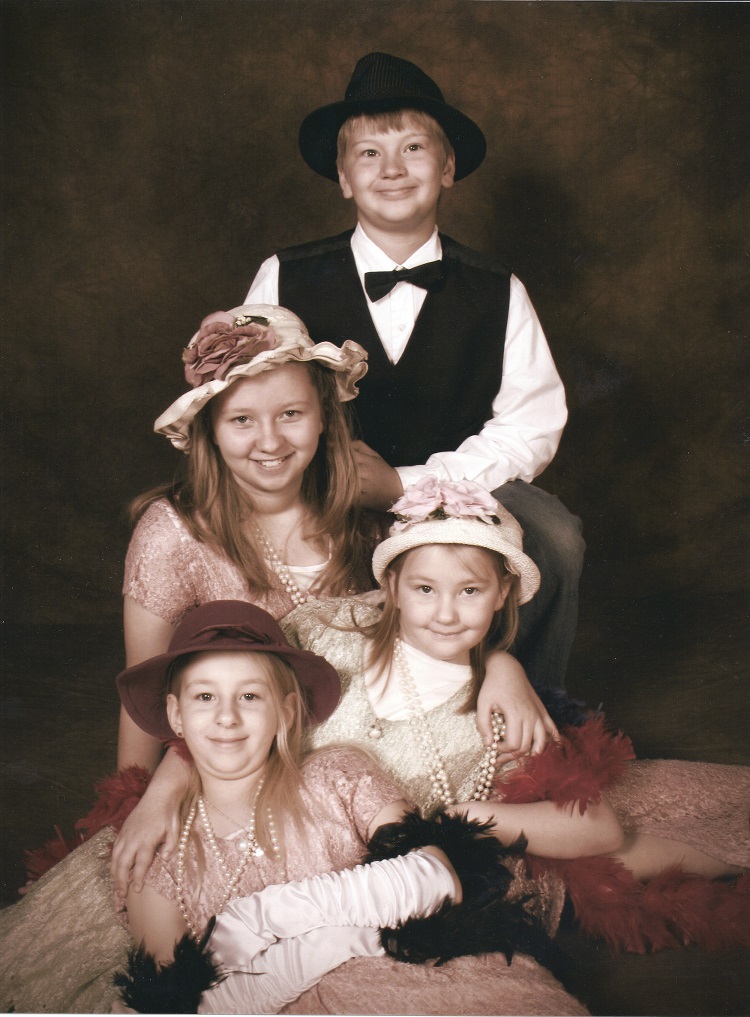 Since that time, three more episodes have been recorded, a CD released, and a very special live performance in 2013 of the episode Spy Scarlet in front of over 200 people in North Carolina.

Join along and enjoy the adventures in the town of Quarterville, and get to know the folks who live there:

You can listen to the Cobb Kids Audio Shows (from the first CD) by clicking on the episode title below: