Before we get into this post, let me first say that I love my wife!  If you read the post from last Friday, you’ll remember that my SD card with quite a bit of un-backed-up work was lost.  After hours of searching and cleaning, she found it.  If not for her tireless and impressive work (did I mention that it was the garage she was cleaning and searching?), today’s post wouldn’t be here.  Now, on to today’s post–the latest part of our series on the apostles!

The last apostle chosen by Jesus Christ, Saul of Tarsus (better known as Paul) is arguably the best-known of the group, due to his prominence in the book of Acts and the many letters which he wrote which are contained in the New Testament.1  He is the only official apostle who was not from the Promised Land (which by the time of the first century was divided into Judea, Samaria, and Galilee), and is also the only one that we know for sure was a Roman citizen.

The Youth of Saul

Saul was born in the city of Tarsus, which was not a small city at all.2  In fact, Tarsus was a combination of two cities—one built on both sides of a river, and the other one built into the hills and fortified with walls.  The actual land mass that was considered to be Tarsus was perhaps 400 square miles, and the population is estimated to have been close to a million people.3  It was a center of learning, which some ancient historians say excelled the learning of Athens in Greece and Alexandria in Egypt.4  Because of their support of Rome, Tarsus was declared a “free city,” meaning that they could select their own rulers, live by their own laws, and not have to pay taxes to Rome (which might explain why the population was so large).5

Though he was born in Tarsus, Saul was brought up in Jerusalem, learning at the feet of a well-respected Jewish rabbi, Gamaliel.6  Gamaliel, a Pharisee, served as the head of the Sanhedrin during the reigns of Tiberius, Caligula, and Claudius Caesar,7 and the Jewish Mishna says that when he died, “the reverence for Divine Law ceased, and the observance of purity and piety became extinct.”8  Thus, we are safe in concluding that Saul, whose father was a Pharisee, 9 was raised with a very high regard for the inspiration of the Scriptures, with respect for the Law of Moses, and with strict adherence to morality.  Add to that the fact that he was from Tarsus, a city known for its learning, and that fitted Saul perfectly to be used by God.

1 Paul wrote at least 13 letters of the New Testament.  The letter to the Hebrews has historically been attributed to him as well, bringing the total to 14.

3 Hastings’ Dictionary of the Bible, “Tarsus.”  The plain that encompassed two rival cities (one of which was Tarsus) was 800 square miles, and by the time of Christ, Tarsus had the preeminence.  Thus the estimate of 400 square miles might actually be low.

4 Fausset’s Bible Dictionary, “Tarsus.”  The tutor of Augustus Caesar was from Tarsus, as were several famous poets.  But Saul of Tarsus is the most famous of them all.

5 Hastings’ Dictionary of the Bible, “Tarsus.”

8 Hastings’ Dictionary of the Bible, “Gamaliel.”

9 Acts 23:6.  Some have suggested that this is a reference to his teacher, Gamaliel, instead of his physical father.  Had Paul been referring to Gamaliel (who by this point in time would have been dead, for he died in AD 52), he would have mentioned him by name—he still being held in high esteem by the Pharisees.

10 It could be that his father was wealthy (which is plausible, since he could afford to send his son to private school in Jerusalem) and purchased his citizenship (see Acts 22:28).  It might also be, as suggested in Hastings’ Dictionary of the Bible (“Paul,” 3. Roman Citizenship), that Paul’s father or grandfather had done service to Rome, and had citizenship given to them as thanks for their service. 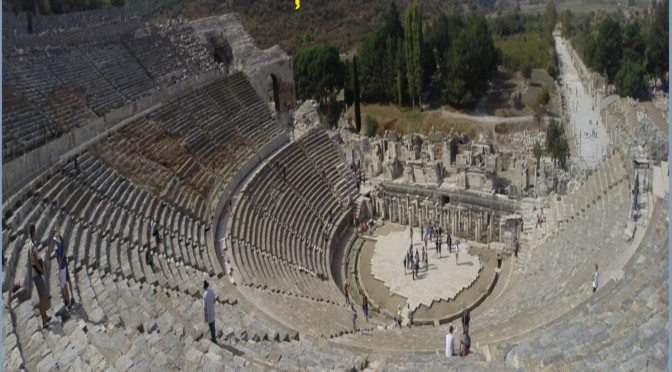 Who was the apostle Paul?  What was there about his hometown that made him perfectly suited to be the great apostle to the Gentiles?  These questions and many more are answered throughout the brand-new book, The Life of the Apostle Paul. 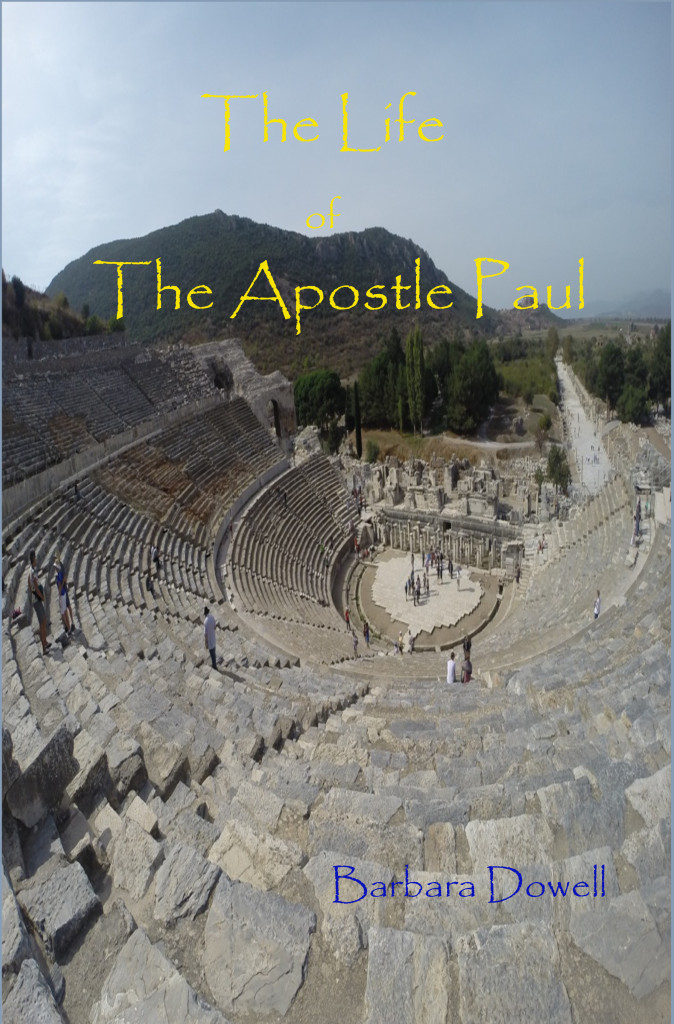 Packed with background information on the people and places that Paul interacted with, this book helps you to see Paul’s life and travels with a much better focus.  From the background of cities like Tyre, Jerusalem, and Rome to understanding the character of men like Felix, Festus, and Agrippa, The Life of the Apostle Paul helps you to know them like the Christians of the first century would have known them.

The author, Barbara Dowell, has been a dedicated Christian, a diligent Bible student, and an enthusiastic Bible teacher for over five decades.  Her husband, Jerry, is an elder in the church of Christ that meets in McLoud, OK.

This book is the culmination of years of studying, and was used to teach a ladies’ Bible class, though the information is useful for personal study as well.

We highly recommend this 156-page book, which is available exclusively on Amazon.com for just $9.99 (or $2.99 on Kindle).  Click here to get your own copy!

Here is the first customer review on Amazon:

This book puts the life of Paul (as shown in the Bible) in chronological order, and fills in the details with historical backgrounds of the places he visited and the people he interacted with. Several historical details were included in this book that I was not aware of, and which makes it much easier to identify with the great apostle’s life. This book is an excellent addition to my library.