Back in the mid-1800s, Alexander Campbell received the ire of many religious bodies for having the audacity to produce a new translation of the New Testament (Because, they would say, God Himself inspired the translators of the King James’ Version).  In the first edition, he took most of the translation from various well-respected commentaries (George Campbell [no relation], MacKnight, and Doddridge) and edited it together in one volume.  In the second through fourth editions, he made several changes, seeking to have more uniform translating principles throughout.

It’s really interesting to note the background given above, because some years later, the Baptists organized a translation committee with some other religious groups (including the Disciples) called The American Bible Union.  And they recognized that Campbell was no slouch when it came to knowing the original language–so they chose him to translate Acts of Apostles.

As each book was translated for the A.B.U., it was published and distributed for comment, and it would then be revised prior to its inclusion into the finalized New Testament.

Alexander Campbell’s translation of Acts was published in a large size (8 1/2 x 11), with his commentary included–and was nearly 240 pages long.  This commentary is different from what you would expect.  It included the following features: 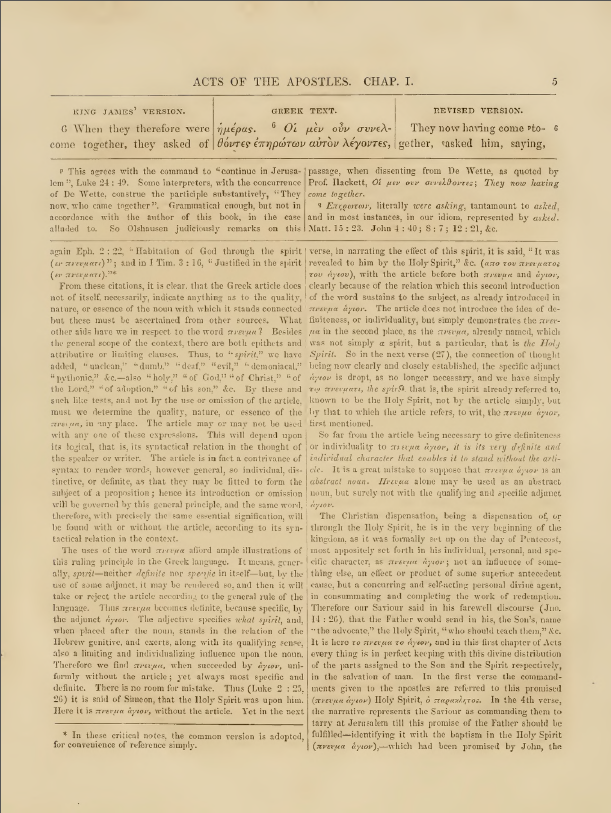 Because of the sheer amount of Greek, and the amount of notes (see picture above), we have decided to add this book to the Jimmie Beller Memorial eLibrary as published, and not attempt (at this time) to do any updating to to it (as we have with all the other books in the library).  It would just be too overwhelming of a project for now, but we want to get this book out for as many people as possible to enjoy.

The higher quality scan, as seen in the image above, is too large for us to upload to our website (115 Meg), so you will have to download it from a special link (no worries).

The second option is black/white, and is 1/10 the size of the other one, and while it is easier to read, it has a LOT of underlining and notes in the margins (This was a scan we made from Jimmie’s personal copy).  Note the picture below is the same page as the picture above, from the other copy. 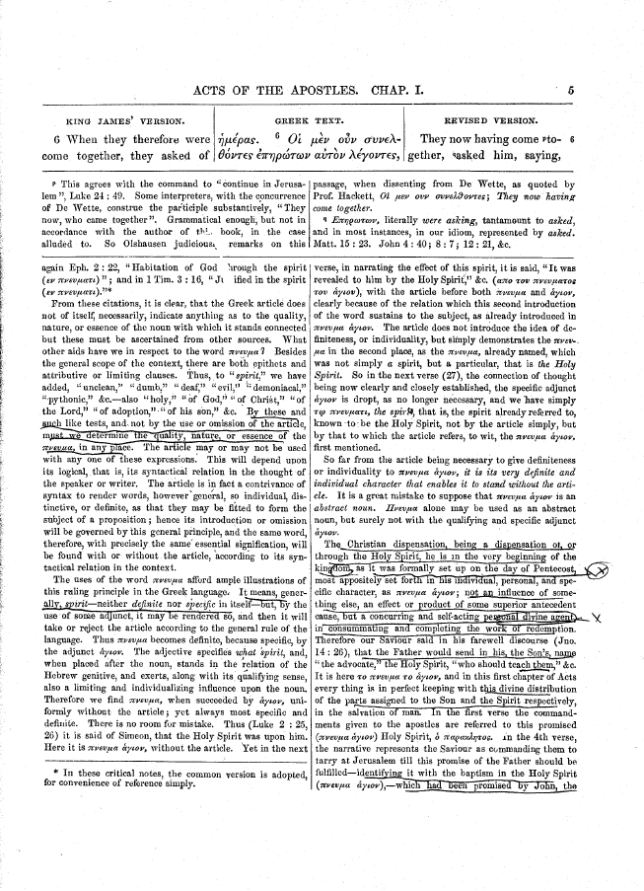 To download the B/W version (easier to read, other than the underlining and notes), click this link below.