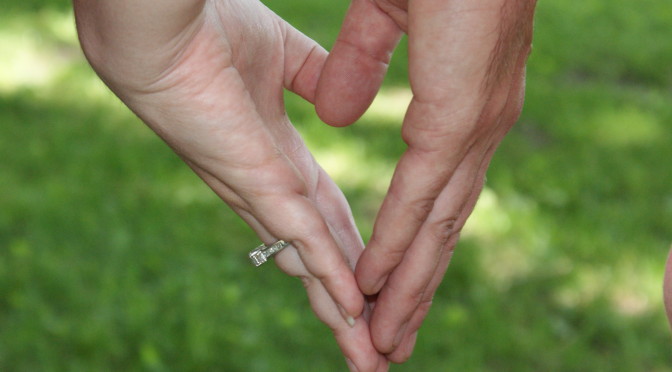 Some of you already know this story, but most of you probably don’t.

It was 1993, at Roundhouse, in Pell City, Alabama, that I first met Jesse Roderick. (Roundhouse is an annual gathering of members of the church who homsechool.)  Back then, I was much younger, somewhat skinnier, and wasn’t near as cool as I am today.  But, for some reason, Jesse still thought I was cool.  I thought she was out of my league.

Then, in 1994, at the next Roundhouse, she got to witness my very first wreck as I backed my parents’ van into a tree, putting a nasty dent into the back door which allowed the rain through…  But still, she thought I was a fun guy.

But in 1995, she didn’t show.  Something about going to college or something like that.  Yeah, like college is really that important…  But, afterwards, I called her up and we talked for a little while.

And then there was silence…

Life went on for both of us, and then out of the blue, in February of 2000, something seemingly inauspicious happened.  A mutual friend (from Roundhouse) sent an email to several people in his address book.  I didn’t pay any notice to all the people he sent it to, but Jesse Roderick did.  She saw the name “Brad Cobb” and thought to herself, “I haven’t talked to him in forever!”

So, she sent me an email.

This came as a great surprise to me, since it’d been five years.  But, I immediately went to writing her a reply.  And when I finished my reply, I clicked “Send.”  Or, at least, I thought I did.  Turns out, I clicked “save” instead, and it didn’t send at all.  It was two or three weeks later that I realized what I’d done, so I typed out another email, apologizing, and promising to be a better correspondent.

We emailed every day after that, and also began to spend a lot of time on the phone (her in Arkansas, me in Illinois).  In early April, I drove to Arkansas under the guise of being on my way to Texas to see a friend get married.  We had our first date on that trip (CiCi’s Pizza and a mountain hike), and we were officially engaged before I went back to Illinois.

On June 22 (just two months later), at the Gravel Hill church building, we stood before friends, family, and God and vowed to be husband and wife til death do us part.

That was sixteen years ago, and though we’ve had rough spots and struggles, these have truly been the best sixteen years of my entire life.  I am not exaggerating  in the slightest when I say that the worst day of our married life is still better than the best day of my life before we got married.

And through the past sixteen years, I’ve grown more and more in love with my Jesse Cobb, and I think she’s grown more beautiful with every passing day.

Jesse, I love you, and I look forward to many more wonderful years together.

3 thoughts on “A Tribute to Sixteen Years”