Misrepresentations and misunderstandings abound regarding the church.  “You hate music.”  “You hate women.”  “You think water is more powerful than the blood of Jesus.”  I’ve heard all these and more spouted by our “loving” and “understanding” denominational friends.

One I haven’t heard is “You’re a Unitarian.”

For those who don’t know, a Unitarian is someone who believes that Jesus Christ is not deity (that designation only applying to the Father), that there was a time when Jesus was not (i.e., he was created), and that the Holy Spirit is a thing or a force, not a conscious being.

Today, there are some small groups who hold that belief, and then there’s the so-called Jehovah’s Witnesses, who are probably the biggest group of Unitarians claiming to be Christ’s in existence today (note: one could make the argument that Muslims might fall into this category, but as they don’t claim to be Christ’s, they aren’t being considered).

Why bring this up?  Because back in the 1800s, some of the people involved in the Restoration Movement–people associated with Barton W. Stone, James O’Kelly, and others–had to defend themselves against this accusation.

The problem arose because of some rather bold and self-promoting preachers in New England began to publicly espouse Unitarianism.  One of them, Simon Clough, had become editor of one of the prominent papers in the Christian Connexion, and published a letter written to introduce the “Christian Church” to a Baptist group in England.  In that letter (which can be seen here), he declared that the Christians were Unitarian in sentiment.

The problem was that this wasn’t as widespread as Clough was letting on.  In fact, this stance was viewed as heretical and anti-Christian by most of the “Christian Church” in the southern and western states.

So, when a Methodist preacher wrote a book declaring all those in the Christian Connexion as Unitarians, it required a response.

W.B. Wellons, a preacher and editor for the Christians in the southern states, took up the charge, and entitled his book “The Christians, South, Not Unitarians.”

In it, he exposes the faulty reasoning of attributing to all, the views of a few; he explains why they believe in the Godhead, the Deity of Jesus Christ, and the Personality of the Holy Spirit, but refuse to use the theological word “trinity” or subscribe to the historic creedal descriptions and definitions of the Trinity.

For those interested in Restoration Movement history, this book highlights some of the theological issues that caused Alexander Campbell concern, and caused Barton W. Stone problems.  Understanding the topic contained therein helps to explain why much of the New England branch of the Christian Connexion didn’t join in the union between the “Reformers” and the “Christians,” as well as why there was a distinction between the southern and northern “Christians” who had years earlier given each other the right hand of fellowship.

In all, it is an interesting read from both a historical and theological perspective.

And you can download it below in a fully-reformatted, corrected (and searchable!) edition.

History is a hobby of mine.  Especially church history.  But I’m not alone in that hobby.

Joshua Dement, who lives and works in Northeast Arkansas, is quite the history buff as well, and he specializes in researching the history of congregations in his area.

Today, thanks to brother Dement’s kind permission, we will be presenting a portion of his research, showing the Restoration Movement in action in the planting of several congregations in that part of the state.

If you happen to have more information about the congregations or individuals mentioned therein, I’m sure Joshua would love to hear from you.  Send a note via our contact page, and I’ll make sure it gets to him (don’t want to just publicize his email address for the world to see, you know). 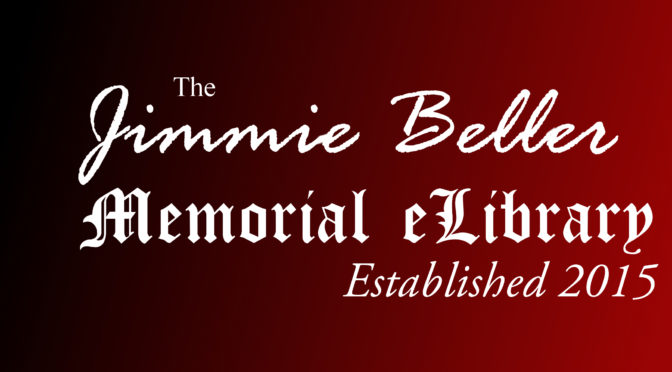 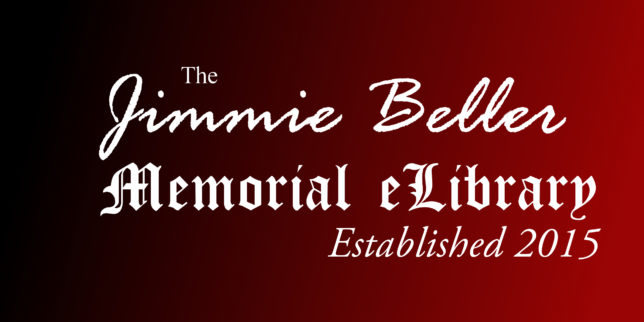 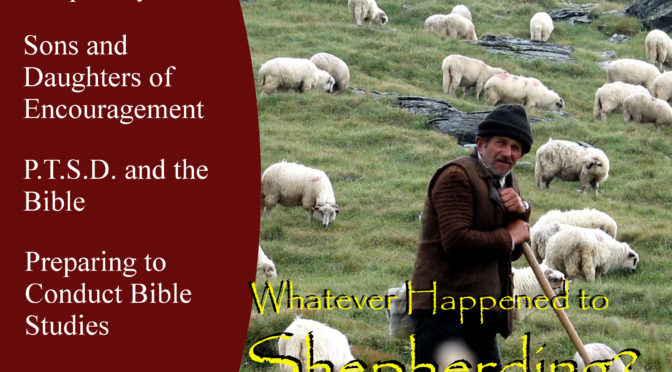 You probably remember a few months ago that we made the announcement of a new publication, called The Quarterly.  In fact, we even made the Preview Edition available as a free download.  Now, we want to share the news with you…

The first official issue of the Quarterly is now available! 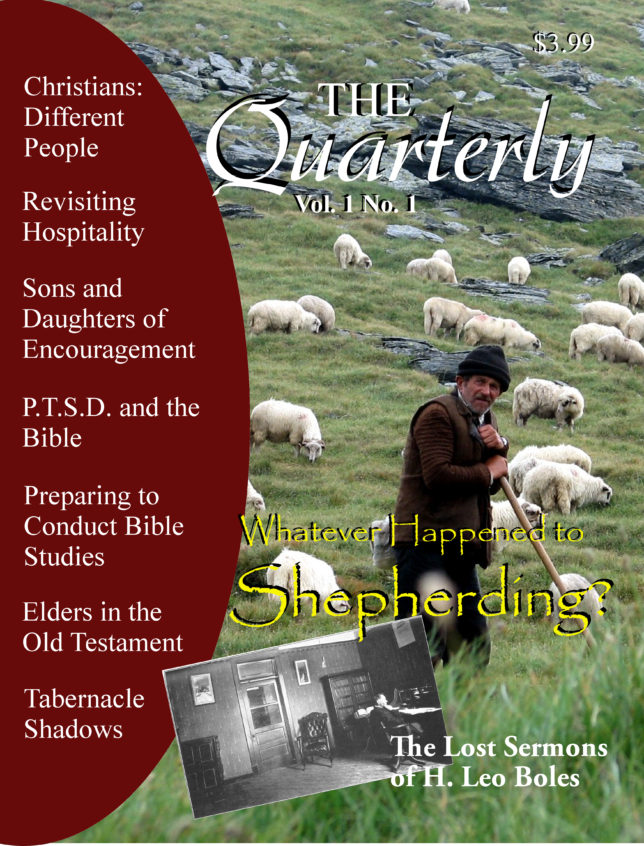 Thanks for all your support and for reading what we have to write!  There will be more real articles coming soon! 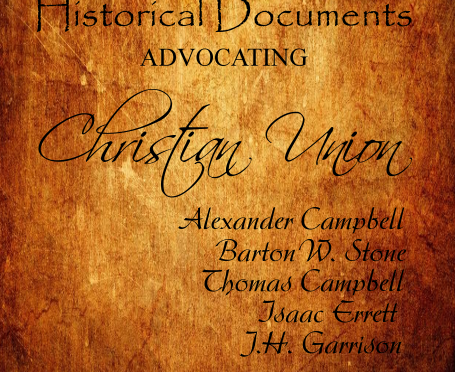 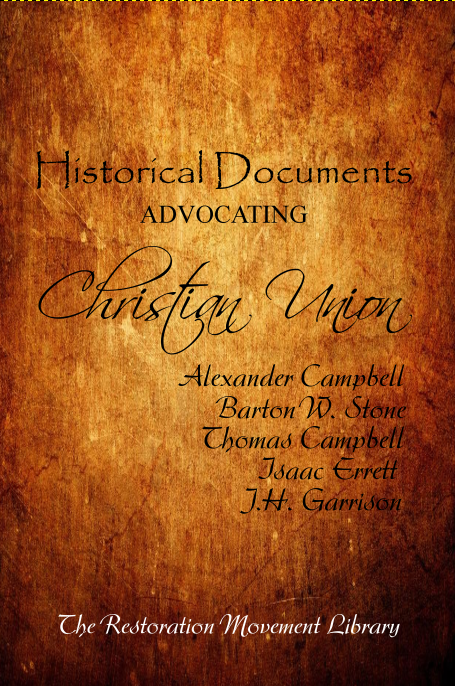 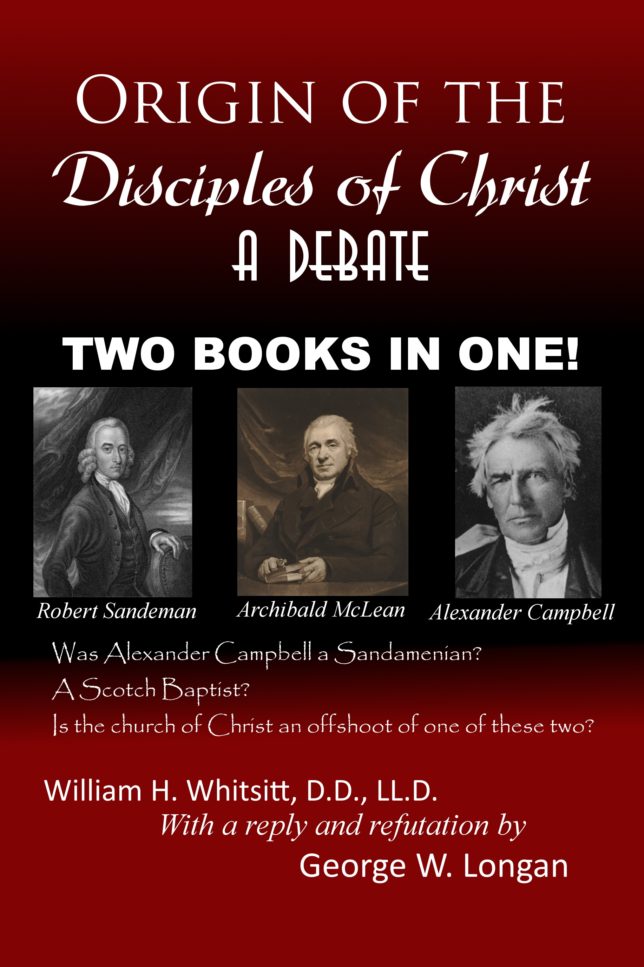