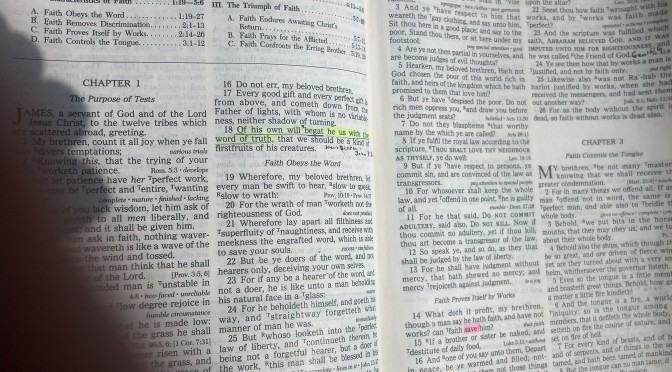 It has been a couple weeks since we posted the previous installment in our study of Apologetics (a defense of the basic truths for the existence of God, the inspiration of the Bible, and the deity of Jesus), but we’re back.

The Moral Argument (aka the Anthropological Argument)

As we discussed in the last installment, there are logical arguments that can be used to prove the existence of God.  While some of them aren’t as strong and clear-cut as others, when you put them all together, it makes for a massive wall of evidence that cannot be ignored.

There is something that all civilizations have in common: morality–a sense of right and wrong.  Because morality exists, it had to originate somewhere.

II Peter 1:3 – God has given all things pertaining to life and godliness; that includes our own moral conscience!

Man has an inherent moral consciousness.[1]

Regardless of where you go, there are some moral laws that are the same in every culture throughout history.  The unwarranted taking of another’s life is condemned in every culture.  They may differ on what determines “unwarranted,” but they all have this in one form or another.  Selfishness is decried in every culture.[2]  Other activities or attitudes are similarly seen as wrong.

Even children have a sense of right and wrong.[3]  If someone steals their toy, do they not know it is wrong?  If a boy cuts in line, do the other children not get upset because it is wrong to cut?  If a child hits another, the one who was hit knows that it was wrong.

The most devout atheist can claim there is no standard of morals, but to no avail.  After all, if his children were kidnapped, do you not think that he’d declare that a wrong had been perpetrated?[4] Or would he say, “My children have been kidnapped, but there’s nothing wrong with that because there is no real standard of right or wrong”?  If his wife were murdered, do you think he would say “it is fine?”

There is a moral code inherent in every person.  It can be abused to where the moral consciousness is almost non-existent, but it still exists.  While it may differ in some respects from culture to culture, the similarities are amazing.[6]

Animals do not have this moral consciousness.

There’s a bull who goes by the name of El Torro.  El Torro, one day, stormed at a man who was walking through the pasture and impaled him on one of his horns.  The police were called to the scene and arrested El Torro, taking him to jail.  A few weeks later, El Torro was forced to take the stand in court, and the lawyer began screaming at him “Why did you gore this man?  Tell us all why you committed this horrible crime!  Have you no conscience?”

Surely by now you think there must be a punchline to this story, but there isn’t.  The point is that everyone recognizes that animals don’t have any kind of moral conscience.  They have no ability to distinguish between things which are morally right or wrong.  No one with a functioning brain would think to try to take this bull into a court room and make it defend itself in court.  The bull might be put to death, but that would be only to keep it from being a danger to others, not as a punishment for breaking a moral law.

Do we make Spot go to work to pay child support for all the puppies he’s sired with who knows how many girl dogs across town?  Do we shun and shame him because he’s committing doggie-fornication by fathering these puppies out of wedlock?  Of course not!

Most people recognize that dogs do not have a moral consciousness in them.  Because of that, we would not think to make a dog pay child support.

Why even bring these things up?  Because of this: if evolution were true, there would be other creatures besides man that had a sense of right and wrong.  But there are none–and every rational human being on earth recognizes that fact.

This moral code points to the existence of God.

If there is no God, where did morals come from?  Scientists have examined DNA from top to bottom, but there is no “morality” gene there.  There is nothing physical inside humans to make them differentiate between something that is morally right or wrong.  If there is no physical explanation for the existence of morality, then one must look beyond the physical for the answer.

If evolution is true, at least one other animal must have the same moral code.  Evolution claims that small, minor changes occurred throughout many millennia to produce humans.  Yet they cannot explain morality (except to deny it, which they do in vain).

Evolution states “survival of the fittest.”  Yet morality tends to want to help the weak.  Small children are helped.  Doctors see it as their duty to save the lives of those who are sick and dying; is that not counter-evolutionary?  If evolution be true, our attitude should be to let the sick die.

They were planted in man since the beginning.  God said that the Gentiles did “by nature” the things contained in the Law (the moral things). (Romans 2:14-15)

Man is unique in that he is the only creature on earth with a moral consciousness.  It is not physical, and it runs completely opposite of the theory of evolutionists, yet it does exist. It was put there by a moral being: God!