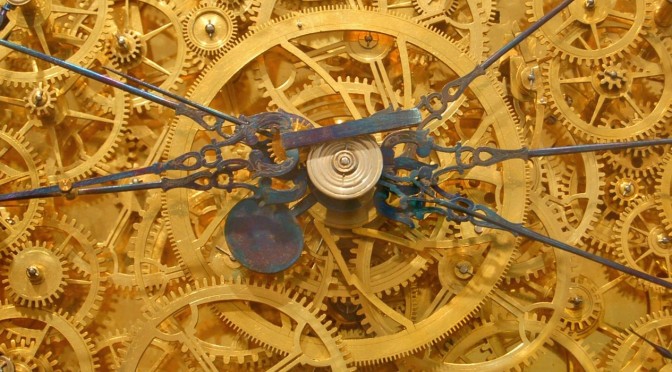 We continue our study of Apologetics this week with the first of four installments on the question: “Does God Exist?”

We have kept this short so that anyone who wants to can print it and use it in a Bible class or expand it.  Feel free to use it to God’s glory!

Design Demands a Designer
(aka The Teleological Argument)

Charles Darwin, and others like him, have tried to undermine the very basis of the entire Bible: that God exists.

Design does not happen by accident.

Thomas Edison did not knock over a pile of metal and glass and discover it became a light bulb. He worked for years on the design for the incandescent bulb. He failed multiple times with other insufficient designs, but finally found one that worked. Was this design by accident?  Or is the light bulb proof that someone put careful thought into it’s design and creation?

The Wright brothers did not create their airplane by accident.They were meticulous in figuring out weight, wingspan, horsepower, balance, etc…They put massive thought into their design.

Nothing that is designed came about by a mere accident. Design always involves intent. Intent implies someone involved in the designing.

Design does not happen on its own.

A watch did not simply come into existence on its own, let alone the millions of other watches that exist in this world. The fact that it exists shows that it was made by someone. The fact that there is design to it (mechanical, electrical, aesthetic) shows that someone (or more than one person) designed it.

There is design to the earth.[1] If the earth was not tilted on the 23 degree axis, there would either be no change in seasons, or such extreme changes that no plant life could survive.[2]  If the earth was closer to the sun, mankind could not survive the temperature and exposure to the sun; if the earth was further away, we would all freeze to death.  The earth has a perfect spin, not to fast, and not to slow. It is 100% perfect for life to be sustained on it.

There is design to things on the earth.  The human body is more complex than any machine ever created (Psalm 139:14). The nervous system is still not fully understood.[3] DNA is called the human’s blueprint (design).[4] But who in their right mind would claim that a blueprint can create itself?  Yet that’s exactly what so-called “scientists” and evolutionists teach!

That there is design to the earth and to things on the earth proves that there is a designer.  The Darwinist and atheist expect us to believe that the perfect design of the universe, the earth, the human body, and everything else in the world came about by complete accident.[5]

But they readily concede that the existence of design in a watch proves that someone designed it.  How inconsistent!

Psalm 19:1 – The heavens declare the glory of God. The fact that the sun and stars exist screams out the existence of God. God created them to be used for “signs and seasons” (Genesis 1:14). The stars were set in the sky to be used as “signposts” for travel. Naval ships still use them to this day along with their GPS equipment.

Who could that be?

Some atheists have caved in and admitted the truth that design demands a designer, but in their incredible effort to deny that God is the Creator of the universe, they say that the earth was created by … (are you ready for this?) … aliens.[6]

Design does not happen by accident, and never has. Anything designed must, be definition, have someone that designed it. The universe, the earth, and everything on earth show design. Therefore, they all must have been designed by someone.

That someone is God.

[6] Richard Dawkins made this statement in the movie “Expelled: No Intelligence Allowed” which can be watched for free on YouTube.

One thought on “Design Demands a Designer”