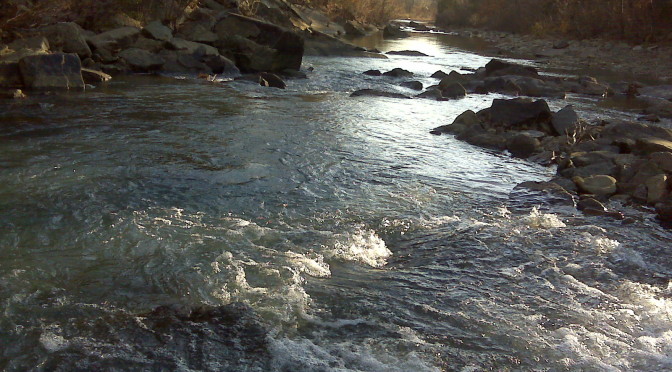 (10-11) If there comes any unto you, and brings not this doctrine, receive him not into your house, neither bid him God speed: For he that bids him God speed is partaker of his evil deeds.

If anyone comes to you, and doesn’t bring this doctrine…

The Jews of the first century were extremely hostile towards Christians. As the end of the Jewish system got closer and closer, there were some who declared that the apostles made up the story of Jesus Christ. They said that Jesus was nothing more than a cunningly devised fable (2 Peter 1:16-18). That he wasn’t real! The Jews were doing everything they could to undermine Christianity.

This helps us understand why First John starts off with a defense of the reality of Jesus Christ’s coming to earth. John declares himself an ear-witness (“that which we have heard”), an eye-witness (“which we have seen”), and a hand-witness (“our hands have handled”).

So here in Second John, he is alerting the Christians to the Jews who were going around denying that the Christ had even come. This had the potential to destroy people’s faith, and therefore this threat must be taken seriously.

Don’t take him into house

Most translations have the word your inserted into this sentence, making it read, “Don’t receive him into your house.” However, the word your is not in the original. This is actually significant to understanding this verse.

The typical understanding of this verse is that if a false teacher comers around, don’t even let him into your house! This verse is used by some as justification for not allowing a Mormon or Jehovah’s Witness to cross the threshold of their doorway. But that’s not what John is saying.

The application for us today is that we should be aware of what others believe and teach before we welcome them into the congregation. We cannot give false teachers access to the congregation, because they have the potential of destroying the faith of some of the weaker or newer members.

It’s because of things like this that the early church sent letters of recommendation with members who were traveling or moving (I Corinthians 16:3, II Corinthians 3:1). This isn’t such a bad idea.

Don’t say God-speed to them, either

The word translated as God speed in the King James Version is translated as greeting in James 1:1, and as farewell in II Corinthians 13:11. But the vast majority of times, it is translated rejoice (as in Matthew 5:12). John even uses it that way in verse 4 of this letter.

This means don’t wish them well on their journey. Don’t say “good luck” to them as they go out spreading false doctrine. Don’t pray for their efforts. Don’t say anything to them that would make it seem like you approve of what they are doing. Why not?

Because the one who says God-speed to him is a partaker of his evil deeds.

Even if you don’t allow the false teacher access to the congregation, the instant you wish him good luck as he goes along destroying souls, you’ve shown your approval for his actions. And approval of sin is the same as if you had committed the sin (Romans 1:32).

But there is another way that you would become a partaker in their evil deeds. If you wish them well, they will go to other places and bring up your name as well. “Brother So-and-so wished me good luck.” And all of a sudden, your name has become attached to them and their teaching.

But this principle also applies in other areas of life. When you vote for someone—especially if you encourage others to vote for him—you are showing approval for that person and the things he stands for. Obviously, you can’t know everything that person thinks, believes, and will do while in office. But if you know ahead of time that candidate supports homosexuality and abortion, and then you vote for him (bidding them God-speed), that makes you just as guilty.

Be very careful who you bid God-speed to. 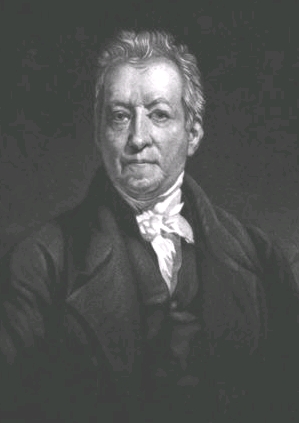 Before Alexander Campbell came to the United States, he studied for a short time with a man from Scotland who, along with his brother, were trying to restore the purity and practice of the church as found in the pages of the New Testament.  His name was James Haldane, and along with his brother, Robert, these two men had a much larger effect on the thinking of Campbell than they are given credit for.

Prior to his death in 1851, James Haldane had written an exposition (commentary) of the letter to the Hebrews.  The book wasn’t published until nine years later.

However, this book is very worthwhile to the student of God’s word, which is why we have taken the time (around 30 hours of dedicated work) to fix the mistakes, correct some mistaken verse references, and completely reformat it to make it easy for you to use.

We  take a break from our regular rotation of stuff today to tell you about some things that we’re really excited about!  These are projects that we’ve got in the works and hope to bring to you soon.

Yes, Paul has started his own movie-making company.  Well, that is, he’s learned how to use the scanner, Microsoft Paint, and Windows Movie Maker to create his own short cartoons.  We plan on making these available to watch soon.  But don’t blink.  After all, they’re short and you might miss them!

The Truth and the Liars

Our commentary on Second John is finished, and we are putting the finishing touches on the eBook.  We think you’ll really appreciate this one.  If you want to read it and just can’t wait, then pick up our official e-Sword collection which already has it in there!

Currently, we are working on a commentary on the book of Habakkuk (at the request of one of the Christians where we live).  This book, titled Wait, Not THEM! will hopefully be finished and ready by early August.

The Holy Spirit in the Book of Acts

Writing this book has been one of Brad’s goals for six years.  In it, every verse in Acts that mentions or alludes to the Holy Spirit will be examined to see (1) what we can learn about the Holy Spirit from that verse, and (2) whether a miraculous or non-miraculous working of the Spirit is under consideration.  This book will also divide up the references by who is speaking/writing, so you can see how each of them talked about the Holy Spirit, and what they emphasized.

This book, Lord willing, will be finished around the end of September.

This book has been in the planning stages for about six months, and we are just about done with it.  Look for an official announcement At the beginning of July!

There’s a lot more that we could tell you about, but this is probably enough for today.  May your day be fantastic!