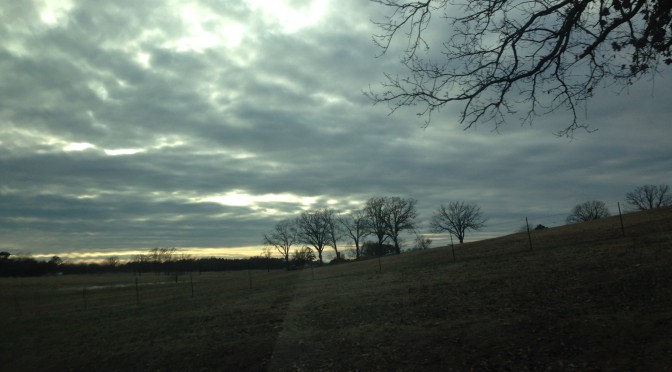 Life has been extremely busy the past few weeks, leading to our less-than-stellar frequency of posts here at TheCobbSix.  Thanks for sticking with us.  🙂

Beginning this week, we are studying Apologetics in our Wednesday night Bible class.  We hope you will find these lessons as useful as we do!

Now, seemingly more than in any other time, apologetics is needed. “Apologetics” comes from “apologia,” which means “a formal, usually written, defense or justification of a belief, theory, or policy”[1]

God is being attacked on many different fronts by different people. There are some that completely deny His existence. Some will acknowledge His existence, but deny the Scriptures are really His  Word and are inspired by Him. And there are literally billions of people in the world today who do not believe that Jesus Christ was the Son of God, and is indeed deity.[2]

Because of this, and the constant onslaught of teachings that come along with these  three topics, we are devoting some time for the next several weeks to study apologetics — the defense of the truth of these things.

Why should anyone study apologetics?

Everyone should study apologetics to establish or solidify their own faith in God, His  Word, and His Son Jesus. Perhaps you are sitting, thinking, “I already believe in God and those other things.” But why do you believe? Is it just because that is what you’ve been taught?[3] Or have you weighed the evidence?

You should study apologetics so that you can teach others.  There are many in the world who call themselves “agnostics” who say that there is not enough evidence to prove God exists or to prove that He doesn’t exist.[4]  Simply put, these people just don’t know what to think.  Most want to know one way or the other, and the only way to prove it to them is to show them all of the evidence. You would not want a judge deciding a case against you without presenting him with all of the evidence, so why would you not want to teach a lost soul and show them all the evidence for the existence of God?

When you have that faith that is rock-solid because it is based on all of the evidence,  you are much more likely to convince someone else to become a Christian.

You need to study apologetics so that you can combat false teachings. In the schools (and everywhere else for that matter), evolution is being paraded as the truth about the origin of man and everything else.[5]  This denies the existence of God.  This denies that the Bible is inspired from God.  This denies that Jesus exists.  We must be able to combat these falsehoods that are being taught to everyone, especially our children.

There are false teachings even within the church that need to be combated with apologetics.  There are those who say they believe in God, but also claim to believe in evolution.[6]  This contradicts Genesis 1, Exodus 20:11, 31:17, and others which clearly state that creation began and ended in a total of six 24-hour days.

This would make Moses a liar or uninspired. If Moses was uninspired, so was Jesus who quoted him and who was called the      prophet like Moses (Acts 3:22). To say evolution is true is to, ultimately, deny the inspiration of the Bible and the deity of Jesus Christ!

Can these things really be proven?

Yes! They can be proven!  God gave us everything that pertains to “life and godliness” (II Peter 1:3).  This would include proof that He indeed exists.  If there was no proof God’s existence, there would be nothing on which to base faith.

The complete accuracy of the Bible (even though it had many writers over a period of 1500 years) historically, doctrinally, and scientifically screams out that it is inspired of God. Skeptics have tried over and over to show the Bible as being historically wrong on something, yet it always turns out that they were wrong and the Bible was right.[8]

The Bible has stated scientific facts that were not discovered until thousands of years later.[9] The Bible predicted specific world events, sometimes tens and sometimes hundreds of years before they happened.[10]

The Bible records all the things we need to believe in Jesus as the Son of God (John 20:30-31).  Once we establish the inspiration of the Bible, we can see that Jesus Christ is indeed the Son of God.  The Jews heard Him say this, and they called it blasphemy because they knew it meant that He was claiming to be deity (John 10:24-33).  Jesus truly was God (John 1:1).

We will see in the rest of this study various things that prove the existence of God, the inspiration of the Scriptures, and the deity (God-ness) of Jesus Christ. We will also look at arguments used against these things and show why they are wrong and should not be accepted. Ultimately, the goal of this study is to make your faith strong and to help bring others to Christ.

[2] The “Jehovah’s Witnesses” claim that Jesus was the first being created by God, and is not deity (see their translation of John 1:1 as “the word was a god”). Other religious groups, such as the Muslims, claim Jesus was a good man and perhaps even a prophet, but deny that He is deity. Others, such as Buddhists, believe that if Jesus ever did exist, He was just a man. Still many others claim that Jesus never existed in the first place. As strange as it might seem to some of us, this denial of Jesus’ deity is held by the majority of people living today.

[3] Remember that Aquila and Priscilla had to teach Apollos more perfectly the way of the Lord. He did not have all the evidence, and thus was teaching an inadequate gospel (Acts 18:24-26). We must be ready to search the evidence to find out if these things are true (see Acts 17:11).

[4] The word “agnostic” means “no knowledge.” (Encarta) They believe it is impossible to know if God exists.

[5] Nearly every science textbook in public schools teaches the theory of evolution as a fact, and offers no alternative to it.

[6] There are examples that could be given, but this is not the place to list names of brethren who hold this belief. Suffice it to say, if one does much investigating into the topic, they will find numerous brethren of both today and times past that hold this stance.

[7] The Law of Biogenesis states that living things can only come from other living things, and not from non-living material. Basically stated, spontaneous generation is impossible.

[8] See later lessons on the inspiration of the Scriptures for specific examples.

[9] Again, see later lessons on the inspiration of the Scriptures for specifics.

[10] Specifically, the destruction of Jerusalem was predicted by Jesus approximately 40 years before it happened (Matthew 24:2-3); Daniel prophesied the Babylonian Empire would fall to the Persian Empire, which would fall to the Greek Empire of Alexander the Great, and that there would be a fourth kingdom, that being Rome. It was during the days of the Roman Empire that the church would be established. Daniel wrote this hundreds of years before the fact (Daniel 2, especially verse 44).