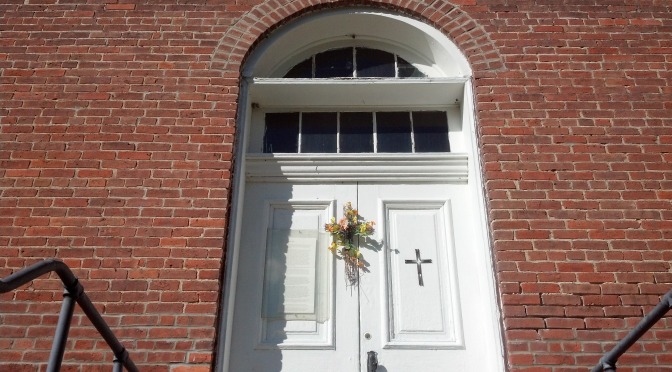 I’ve been one of the hundreds of preachers who have tried to guilt people out of their spiritual lethargy by saying In the 50s and 60s, the Lord’s church was the fastest growing religious body in the United States.  (Not-so-subtly implying that they aren’t doing much for the Lord).

I’m one of the hundreds of preachers who have bemoaned the fact that the church isn’t growing across this country (and locally) like it did some five decades ago.

Usually, when that statistic is thrown out there, it’s used as evidence that members of the church (overall) have stopped caring about evangelism.  It’s used to show that the Lord’s church isn’t as dedicated as they once were.  It’s pretty much always used as a comparison.

And I think we’ve made a mistake by using it that way.

Bemoaning the fact that the church isn’t growing like it used to isn’t going to encourage growth today.

If we are going to use past growth as an example or a tool to help the church, we need to stop being so negative with it.

We say The church was baptizing hundreds upon hundreds back in the 50s and 60s.  But the congregation starting thinking, What are you trying to say about us?

If you, as a preacher or a member, want to tell other members that the church used to grow five decades ago, then you need to use it in a positive way.

It’s high time we bring a positive message that growth is possible and then get out there and do it!

I don’t know about you, but I’m ready to make the growth of the Lord’s church in the 50s and 60s look pitiful by comparison!  Let’s all work together and make it happen.  The Lord Jesus Christ deserves no less!