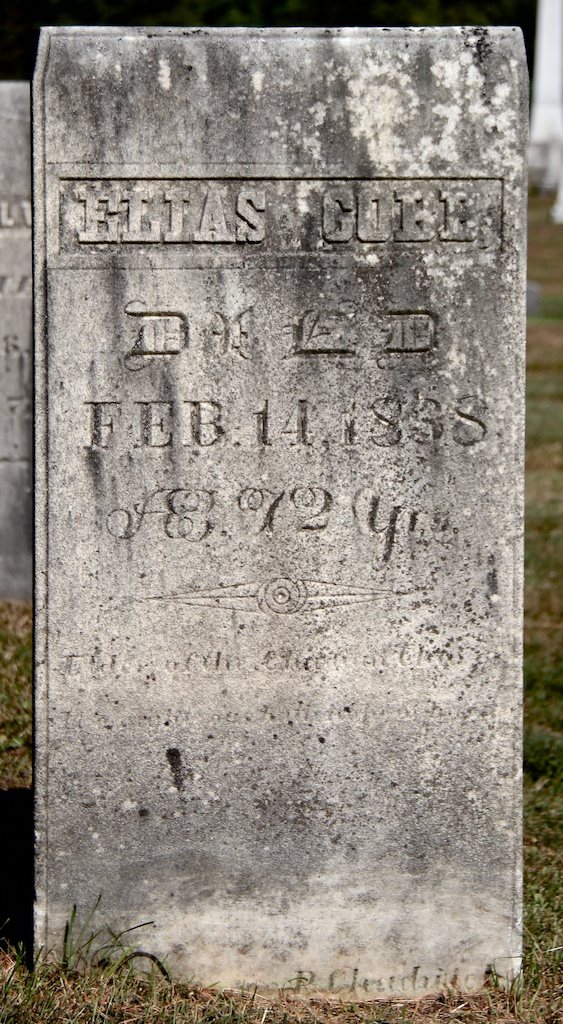 There was a man who lived in Vermont over 200 years ago.  He was at one point a deacon in the Baptist Church.  But in 1806, he led that congregation out of denominationalism and taught them to simply be “Christians Only.”  That same year, after the Baptist Church officially dissolved, he helped form the “Christian Church,” and served as an elder there for over 25 years.

In the early 1800s, he was one of the primary men who tried to help unite different groups who were trying to restore New Testament Christianity.  He was present at the baptism of both Abner Jones and Elias Smith, and was well-respected by both.  He baptized nearly 100 people during 1808.  He was instrumental in training other men for the ministry.

It has taken me a significant amount of time in research and reading to find out much about this man.  He’s mentioned in passing in several biographies and autobiographies, but never is there much detail given about him.  He never wrote a book about himself.  He never sought the limelight.  Instead, he worked tirelessly as an elder and occasional preacher for a single congregation for nearly three decades.

Near the end of his life, he moved a few towns over and helped serve a congregation there.  He died in the service of His Lord.

He left behind a very simple legacy.  Those who pass by his tombstone will only see his name, date of his death, and then the words “Elder of the Christian Church.”