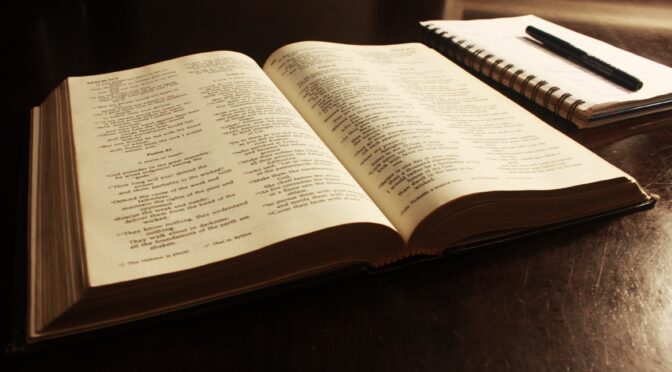 (4) I rejoiced greatly that I found of thy children walking in truth, as we have received a commandment from the Father.

I rejoiced…that I found your children walking in truth

John’s specific reason for rejoicing is Christians were continuing to live faithfully. People frequently drift away from God’s word and place their opinions as the standard. Whether those opinions are binding where God never bound or loosing where God never loosed, or completely changing the message—either one means that person is no longer “walking in truth.”

Walking in truth is the same as “walking in the light” (I John 1:7). The inspired Psalmist said, “Thy word is a lamp unto my feet, and a light unto my path” (Psalm 119:105). It means you, dear reader, must base your life upon God’s precepts.

One man described it this way: God’s word lights the one and only path leading to heaven. You are wandering about in a world of darkness. Then you see this one lighted path. In that path is safety. In that path, you can see where you are going. It is a difficult path, to be sure, but it is well-lit. The light is God’s word. Walking in the truth or the light is the equivalent of following God’s commands from the heart. Only by that path can anyone reach the Promised Land of heaven. Why is it so many people choose to stay in darkness?

Why did this cause John to rejoice? When someone is “walking in the light” (I John 1:7) or “walking in truth,” he can have full assurance of heaven because all of his sins are forgiven him. John is rejoicing because he knows they will be in heaven! Wasn’t the entire point of the apostles’ mission to “go ye into all the world and preach the gospel to every creature” (Mark 16:15)?

The word found is the Greek word euraka (we get our word eureka from this). With all the people who had been falling away (see 2 Timothy 1:15), John rejoiced to hear of Christians remaining faithful.

Walking in truth…as a commandment of the Father

Walking in truth is not just something we should do; it is something we are commanded to do. John says walking in truth is a “commandment from the Father.” This should come as no surprise. It has been this way since the beginning. Adam and Eve were commanded to obey (Genesis 2:17). David said God’s grace is upon those who “walk uprightly” (Psalm 84:11). There must be a renewed emphasis on teaching others about the necessity of obedience. That does not mean we will ever obey perfectly; but if we do not obey at all, we are not walking in the light. If we are not walking in the light, our sins are not forgiven (I John 1:7). If our sins are not forgiven, we have no hope of going to heaven.

(5) And now I beseech thee, lady, not as though I wrote a new commandment to thee, but that which we had from the beginning, that we love one another.

To beseech is to beg, to plead, or to urge someone to do something. It is not a commandment, as can be seen from Philemon 8-9, but instead an earnest request. It is interesting to see John begging them to keep the commandment of Jesus Christ: to love one another. He’s not commanding them to obey Jesus, but begging them to.

John is not revealing something new to them. Like the prophets of the Old Testament, there were not new commandments for the Israelites to obey, but instead they were reminded to “remember the Law of Moses” (Malachi 4:4). In this letter from John to Christians, he is not giving them some new commandments, but telling them to “remember the law of Christ.”

This language is very similar to 1 John 2:7, “Brethren, I write no new commandment unto you, but an old commandment which you had from the beginning…”

Here in this passage, john says this commandment is something we (John, as well as the Christians he’s writing to) have had from the beginning. The Old Testament gave the command to “Love thy neighbor as thyself” (Leviticus 19:18). This command also became part of the New Testament. This one statement summarizes many of the Ten Commandments (Romans 13:9, Galatians 5:14). James called this the “royal law” (James 2:8).

This commandment was heavily emphasized in Jesus’ ministry. However, when Jesus gave this commandment, He called it a “new commandment” (John 13:34). The reason is, it is an even deeper, more powerful love commanded. Jesus said to “Love one another, as I have loved you.” Instead of just treating others the way you want to be treated, this new commandment was “be willing to die for each other.” Most people would not willingly die for a friend, let alone a total stranger. But this is the kind of love Jesus commands His disciples to show for each other.

As stated above, this commandment isn’t new, but is found clearly stated in the Law of Moses (Leviticus 19:18) and intensified in the New Testament. Jesus made this the badge of a true disciple (John 13:34-35). If one does not love his brother, he cannot honestly claim to love God (I John 4:20). Love for other Christians was also emphasized by John in verse 1 (see notes there).

(6) And this is love, that we walk after his commandments. This is the commandment, That, as you have heard from the beginning, you should walk in it.

The word “love” here is agape, a Greek word which describes sacrificial love, a mindful love. Agape doesn’t describe warm, fuzzy feelings towards someone else. Instead, it describes the conscious decision to put someone else first no matter what may come. John frequently writes about love, and every time, it has reference to putting someone else ahead of you.

That we walk after His commandments

Many people want to show the world how “loving” they are by accepting everyone and everything, and never speaking out against sinfulness or against those who are not in obedience to Christ’s commands. However, the Bible defines love as keeping the commandments. In Mark 10:21, Jesus looked at the rich young ruler; and the Scriptures plainly state Jesus “loved him.”  As a result of loving this man, Jesus pointed out where he needed to change. Love will not accept people in their sins, but will point out their sins so they can change. If we love others, we will point them to the truth and the need to obey His commandments.

That, as you have heard from the beginning, you should walk in it.

This walk is not a one-time event. It is a continuous lifestyle of obedience to Jesus Christ. All those who become Christians do so after hearing the gospel (Romans 10:17). But every New Testament writer emphasizes the necessity of continuing to obey. 1 John 1:7 says, “If we walk in the light…the blood of Jesus Christ…cleanses us from all sin.” Literally, it says “if we are walking [presently, continually] in the light…the blood of Jesus Christ…is cleansing us [presently, continually] from all sin.”

These Christians (and all Christians) heard these things from the beginning of their conversion. All Christians must continue to walk in these commandments if they expect to have their sins forgiven.