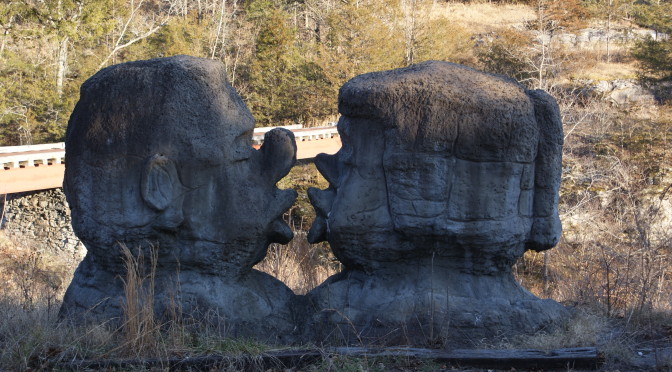 It’s amazing when you consider that God’s commands for marriage are all ones that–when followed–improve your married life.  So, by following God’s commands, you are making your marriage better!  So, we could call this “Requirements for a God-Honoring Marriage” and it would be absolutely true, but it is also just as accurate to call these next four articles “How to have a Great Marriage!”

Over half of all marriages are ending in divorce. These messes leave sadness, broken hearts, hurt, anger, frustration, distrust, and disaster all around. These messes ruin the lives of children who often times cause the same messes in their own marriages later on. People shake their heads and wring their hands—what can you do?   You know that God doesn’t approve of all these rampant divorces, because God hates divorce (Malachi 2:16).

In the last post, we talked about the things that were absolutely required in order for God to recognize a marriage as valid. It must be between a male and a female, and the parties must be eligible to be married. Any marriage that doesn’t meet God’s definition and pre-requisites isn’t a valid marriage, it’s nothing more than “shacking up.” God calls it fornication, which is a sin that will keep you out of heaven (Galatians 5:19-21).

This week, we’re going to take a look at what is required for a God-honoring marriage—a marriage that pleases God.   These are things that—if done—will guarantee a happy home life, and will keep divorce from happening.

“Haven’t you read, that He which made them at the beginning made them male and female? And He said, ‘For this cause shall a man leave father and mother, and shall cleave to his wife: and they two shall be one flesh?'”

He said that a marriage involves leaving father and mother behind and clinging to your spouse. But one of the biggest causes of marriage problems is when one or the other (or both) have never actually left mom and dad.

Constantly saying, “well, my mother says this,” or “my dad does it this way,” is guaranteed to cause resentment. It also shows that you haven’t left mom and dad behind. And people wonder, “Why do you hate my parents so much?” It’s because the parents have been brought into the marriage. It’s because the husband is always running to his mommy to complain about his wife. It’s because the wife is saying, “that’s not how my daddy does it.”

God, from the very beginning, said that a marriage involved LEAVING mother and father and CLEAVING (clinging) to your spouse. When you get married, you must start your own family unit. This doesn’t mean that you have nothing to do with your parents, but it must be made clear that your spouse is the most important person in the world to you.   It must be made clear that when there are problems that arise in the marriage, arguments or whatever, that you deal with it with your spouse—don’t go off running to mommy and daddy. That shows an incredible lack of maturity. If your spouse doesn’t respect you very much, this may well be the reason why.

If you want to have a marriage that honors God—a marriage that will make you happy—then make your spouse the focal point of your love and attention. The marriage should be a safe haven in the midst of a troubling storm. And frequently, that storm is called “Hurricane In-laws.” If your parents talk bad about your wife, stand up for her. If they talk bad about your husband, stand up for him. Many marriages are doomed to failure because one or the other still wants to be daddy’s girl or momma’s boy instead of being a good husband or wife.

A God-honoring marriage is one that obeys God’s command to leave the father and mother and cleave to your spouse. And if you haven’t done it yet—do it now! It is a violation of a direct command of God if you don’t! It is a sin to remain tied to your parents when you’re supposed to be tied to your mate!

Some parents try to drive a wedge between the man and wife. The mother doesn’t think the daughter-in-law is good enough for her little boy. The dad doesn’t think his son-in-law is good enough for his little girl. And so they try to tell them what to do. They try to pit one against the other.   They bad-mouth them. Fight, fight, fight, fight, fight. And it brings horrible stress on a marriage, because they won’t let their kid obey Jesus by leaving the parents and cleaving to the spouse.   Unless you see them engaged in sin, then don’t be telling them what to do. Be there for them if they ask for advice, but don’t let them come to you complaining about their spouse. That’s gossip. And that’s sinful.

Commitment to Each Other.

A man and woman were celebrating their 60th wedding anniversary.   There was a big party for them. And one of the people in attendance asked them, “What’s the secret to staying married for 60 years?” And the wife gave a very deep, profound answer: “don’t die.” This answer represents commitment.

Years ago, people actually meant it when they said, “I take you to be my lawfully wedded wife, for richer or for poorer, through sickness and in health, FOR BETTER OR FOR WORSE, until death do we part.” For them, their attitude was that they were going to stick together no matter what!

The Bible teaches that marriage is a life-long commitment. Matthew 19:6 – What God has joined together, let not man tear apart (that command is for the husband and wife just as much as it is any outsider who might try to break up the marriage). God hates divorce. In fact, God commands “Let not the wife depart from her husband…and let not the husband put away his wife” (I Corinthians 7:10-11). One way that God describes divorce is “dealing treacherously” with your spouse (Malachi 2:16). It is when the spouse dies that the marriage ends (Romans 7:2).

If both the husband and the wife lived out a life of commitment to each other, there would be no danger of divorce at all. The husband loving the wife (Ephesians 5:25). The wife loving the husband (Titus 2:4). This “love” is the conscious decision to put your spouse ahead of yourself. To put their needs first. To put their wants ahead of your wants. To show them kindness, respect, and compassion. It is a decision that you make.

If you don’t go into marriage with a firm commitment to your spouse, then you are sinning. Prenuptial agreements (If this doesn’t work out, here’s how we’ll split things) are just planning in advance to fail.

If you’re married, and you’re not committed, then you’re sinning. A man who was tired of being married to the same person went to the preacher and said, “I just don’t love my wife anymore. We don’t get along. We fight all the time. And I’m ready to quit.” The preacher looked at him and said, “Well, I guess there’s only one thing to do, then.” The man’s eyes lit up—the preacher was about to tell him to go ahead and get a divorce…at least, that’s what he thought. The preacher looked him in the eyes and said, “Yes, only one thing to do. You get yourself home and repent. Pray to God for forgiveness and beg your wife for forgiveness for not being the husband you ought to be.”

If you’re married and you aren’t committed to your spouse, then you have some heavy duty repenting and begging for forgiveness to do.

Faithfulness to Your Spouse.

Both cleaving to your spouse and being committed to your spouse involve being faithful to your spouse. God designed marriage to be the place where sexual desires can be satisfied (I Corinthians 7:1-9). Any sexual activity outside of a God-authorized marriage is sinful and can cause you to lose your soul eternally. When you get married, God joins you and your spouse together, and you two are to become one flesh (Matthew 19:5-6). No one else is allowed in this union.

Sexual activity outside of the marriage is condemned by God, and has always carried a very harsh punishment. In the Old Testament, both the man and woman were to be put to death (Leviticus 20:10). It is called “adultery,” and Galatians 5:19-21 states very clearly that those who commit adultery will go to hell. In the Old Testament, the nation of Israel was described as God’s bride, but they had gone after other gods. God describes what they did as adultery. And as a result of what they did, God utterly destroyed them.

Not only is adultery sinful, Proverbs 6:32 says, “he who committeth adultery with a with a woman lacketh understanding. He that doeth it destroyeth his own soul.” ISV says, “Whoever commits adultery with a woman is out of his mind!” The CEV says, “But if you go to bed with another man’s wife, you will destroy yourself by your own stupidity.” Basically, God says if you go sleeping around, you’re stupid! I didn’t say it, God did!

Sexual unfaithfulness is so wicked that it is the only reason that God allows someone to get a divorce and then get remarried (Matthew 19:9). When someone has sexual relations with someone other than their spouse, they have destroyed the union that God joined together. This, and this alone, gives someone the right to leave their spouse and get married to someone else. And according to Jesus, if you cheat on your spouse—they can divorce you, and you can never get married to anyone else again.

But, let’s dig a bit deeper—what about the whole argument of “well, I never CHEATED on my spouse”? Does the fact that you never physically cheated on your spouse mean that you are faithful in your marriage?

The Bible demands COMPLETE faithfulness to your spouse—or you will burn in hell.

And if you’re doing any of them, STOP IT! For crying out loud, STOP IT! You’ll go to hell because of it, so just STOP IT!

The Bible demands COMPLETE faithfulness to your spouse—in who you sleep with, who you look at, who you think about—it had better be your spouse!

One thought on “How to Have a Great Marriage (part one)”