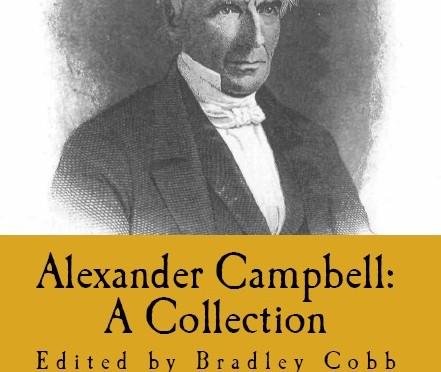 Alexander Campbell was well-known throughout the English-speaking world when he was alive.  His writings were spread far and wide, and he earned both respect and antagonism throughout his lifetime.  As you may have seen in one of last week’s additions to the Jimmie Beller eLibrary, Campbell was highly praised by at least one Baptist preacher as a man to emulate.  But in today’s new library eBook, you’ll get to see the other side.

News had traveled of Campbell’s impending arrival in Scotland, and while many were interested to hear more of what he had to say, at least one man was determined to see him humiliated.  Amid false charges and attempts to interrupt his speeches, the truth of the gospel was still spreading.  Campbell ended up in jail because one man refused to entertain the possibility of being wrong.

Oh, there’s more to the story, believe me.  And it’s ready for you right now!

But one final thing before you get to the link.  This book, “Alexander Campbell’s Tour in Scotland,” is available in print as part of Alexander Campbell: A Collection (Volume 1), if you are so inclined.

We now present the latest addition to the Jimmie Beller Memorial eLibrary.  Just click on the link to read it online, or you can download it to your computer for later reading.