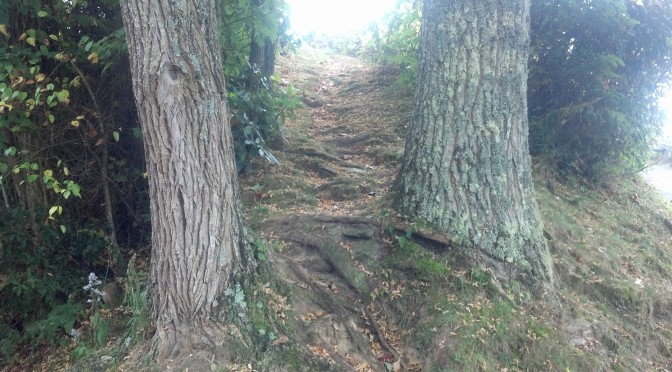 Billy Milner is sent to prison for drugs, and spends the next 12 years behind bars before he is finally released.

It’s usually about this time every year that people make up their minds to start over.  It doesn’t matter that they have failed in the past, the new year brings a sense of freshness, a sense of newness, a sense of possibilities.

Some have estimated that over 50% of the adults in the United States will make a New Year’s resolution to lose weight in 2015.  It doesn’t matter that most of them (including me) made the same resolution last year, this is a new year, a new chance.

Some make resolutions to be more healthy.  Others make resolutions to study their Bible more.  Still others decide that this is the year they are going to get their bills paid off.  Whatever it happens to be, the new year makes people feel that they truly have a chance to make things better.

Well, here’s the good news: today you can really make it all go away and have a brand new start!

Starting over requires a change.

No one is going to lose weight if they don’t make a change in their lifestyle, like eating better, eating less, and being more active.  In the same way, no one is going to have a better life if they don’t start making some changes.  If someone wants to make this the year they get out of debt, they have to make some financial changes (less frivolous spending, less eating out, more saving, perhaps making a budget).

Have you felt like a disappointment to yourself and to God?  You want things to be better?  Then it is time for you to make some changes in your life.

First, you’ve got to make up your mind to change.  A man once complained that he was always broke because he spent so much on cigarettes.  When his buddy said, “why don’t you quit?” the man replied “I don’t think I can.”  He needed to change, but he never took the first step of making his mind up to change.

The Bible describes this concept as “repenting.”   Repenting means that you change your mind to stop doing those things you used to do, and start doing the things God wants you to do.  It’s not always easy, but it can be done.

Do you ever wonder why it is that so many people constantly make the same resolution to lose weight, year after year?  It’s because the change that’s required to lose the weight is not easy to accomplish.  It requires willpower.  It requires looking at the long-term goal instead of the immediate satisfaction.

In the same way, changing our lives so we can have peace with God is not easy, but it can be done.

We are creatures of habit, we get to doing things in a certain way and we don’t like change.  But we must change if we want to have peace with God.  We should get rid of the bad and replace it with the good.

Negative habits that should be left behind could include:

Positive changes that ought to take place include:

If you are not a Christian, the change you must make to find peace with God is to become a Christian.  You will notice a consistent theme throughout the Bible: the command to repent (change).  Repentance, when put together with baptism, will take away all of your sins (Acts 2:38).