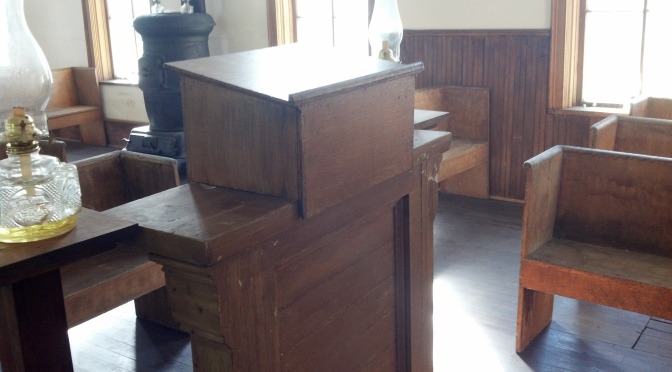 I admit it.  I didn’t write this article.  How could I?  My great-great grandfather wasn’t even born yet when it was written back in 1885.  But it still has a good message, and a point worth remembering, especially for those preaching in a congregation that mostly uses the King James Version (and there are several that still do).  I hope you enjoy it.  The name of the author was not given, so I don’t know who to attribute it to.

A BAD HABIT IN THE PULPIT.

We mean the habit of criticizing and correcting the ordinary English version of the Scriptures. Occasionally it may be proper, and even necessary to do it, in order to bring out the true meaning of a text. But this very rarely occurs. And yet there are ministers, not a few, who constantly do this; do it when there is no reason to justify it, do it when the only effect of their criticism is to muddle the subject and confuse the minds of their hearers.

Doubtless the motive for this superservice differs in different preachers. Sometimes, no doubt, it is honestly done, with a view to a clearer understand­ing of the passage, or a more faithful rendering of the original. But even an honest motive does not always justify the act. There may more harm than benefit come of it, even when there is a slight infelicity in the translation, and the attempted criticism improves the rendering in the judgment of a critical and cultured hearer. But it must be borne in mind that the bulk of hearers in our congregations are not critics, nor capable of appreciating the nice points which an extreme critical spirit may raise, and are more or less disturbed in mind, or unfavorably impressed, every time the text of the received English version of their Bible, which is something sacred in their feelings, is discredited in the pulpit. But, unfortunately, this habit is often practiced when the convic­tion is unavoidable, that it is done to display scholarship, especially, familiarity with the Greek and Hebrew languages.

But, whatever the motive or the degree of skill evinced in the criticism and reconstruction of our authorized version, the habit is an evil and pernicious one, with very rare exceptions. As a matter of taste it is offensive. The assump­tion and presumption involved in such a course can not fail to give pain. For the preacher to array his individual learning and judgment against the learning and judgment of the distinguished Conclave that gave us the present version and the historical testimony of the ages, is a most audacious position to assume and can be tolerated only when and where strong reasons exist and can be made palpable to an ordinary congregation of worshipers. The writer of these lines has often been shocked and disgusted by the glib words and confident tone in which the grand old version of God’s word is assailed in the pulpit; not only by the ripe scholar and the profound critical student, but by the mere sciolist in philology, and the student fresh from the seminary, repeating by rote what he had heard in the classroom.

The tendency of this habit is to weaken, if not in time destroy, confidence in the Bible as we have always received it. It were easy to cite instances where preachers have assailed the common version so often that their habitual hearers have declared that their views were unsettled; they did not know what to receive as God’s Word, for they could not tell whether any particular passage was correctly translated or not. It should be made a matter of conscience with every preacher of the Gospel not to trifle in this presumptuous way with the historical and venerable form of words so dear to the Christian heart, and so associated with our memories and sacred experiences.

The comparatively few changes and emendations which the combined Christian scholarship of the world, after twelve years of laborious study and comparison, have introduced into the Revised Version of the Old and New Testaments, may well administer a sound rebuke to the numerous critics of the pulpit, who scarcely let a Sabbath pass without a weak and pitiable display of their superior wisdom (rather folly) in the way of criticism or emendation in the Bible which they are set simply to expound and enforce. The meaning of Scripture may be explained to the fullest extent, but the translation should ever be touched, if touched at all, with a sound judgment and a very delicate hand.