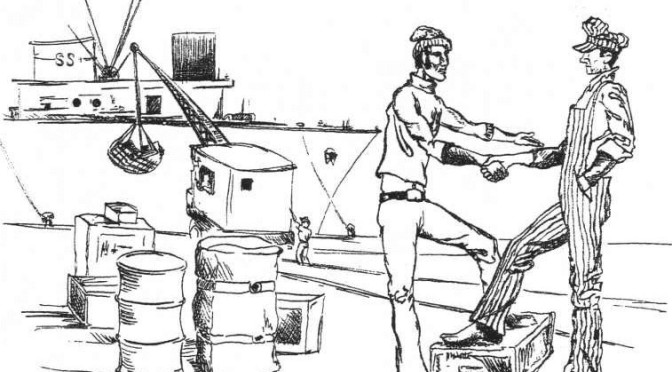 Victor Cross is discouraged.  He wants to preach.  He wants to help bring others to Jesus.  But each time he tries, he runs into the same question: “What denomination are you with?”

It was late afternoon as Victor started to leave the doctor’s office.  He stopped before leaving, and asked the secretary if she’d be interested in studying the Bible.  And, as always, the question came, “with what denomination, Mr. Cross?”

After pausing for a moment in silent prayer, asking God, “How do I answer?” Victor turned and said, “Look at me.”

Confused, the secretary replied, “What do you mean?”

Victor turned again and said, “Look at me!  Do I look like a denomination?”

Victor quickly responded with a smile, “Then will you study the Bible, with me?”

She did, and later was baptized.

Victor has done the same thing with multiple thousands of people, and the success rate is amazing.  Others have followed his approach and found that it works for them too.  Why?  Because even people who aren’t willing to go inside a church building to save their lives are open to talking to an individual about the Bible.

It’s interesting that when you look in the Bible, you won’t see a single person converted by a sermon preached during the worship.  They’re all converted outside of the “church building.”

And though Victor Cross brought several people to Christ this way, his biggest impact for Christ—one that was felt world-wide—hadn’t even begun.