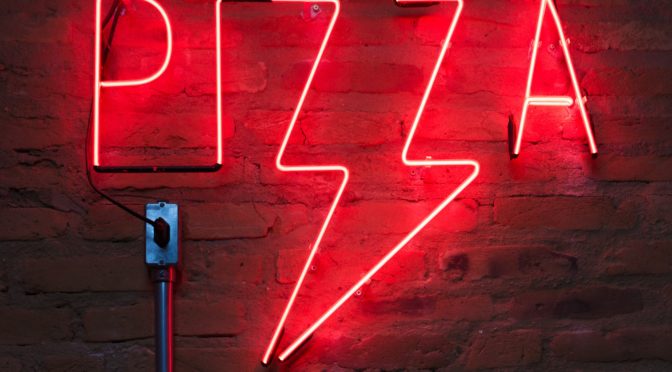 (NOTE: This article is the featured editorial in the latest issue of The Quarterly, which you can download here for free).

My kids are tired—very tired—of hearing the word “Coronavirus.” I think they’ve got a goal to go an entire day without saying or hearing that word. So, for whatever reason (I’m not quite sure what it is), they’ve made up their own euphemism for it. Instead of “Coronavirus,” they have taken to saying “Pizza Shortage.” I guess (and this is only a guess) that perhaps they view a pizza shortage as being truly the worst thing that could happen to this country, which (if you accept the analogy) makes a good parallel to how COVID-19 is being portrayed. (And those who know me know about my penchant for pizza…) So, for the rest of this editorial, I’m going to follow their lead and whenever you see “Pizza Shortage,” it means “Coronavirus.”

For the next few minutes, I’d like you to consider some ways in which this “Pizza Shortage” could be a good thing.

It has forced congregations to get creative

It has been said sarcastically that the church has two standards of faith and practice: the Bible, and “what we’ve always done.” There are some who, because they think any change in how we do things is a deviation from the faith, oppose anything and everything unless they’re already doing it. Back in the 1800s, there were people who got very upset because of the introduction of songbooks to be used in worship. They’d argue, if you’re reading it, you can’t be singing it from the heart. Alexander Campbell himself published a songbook—but was quite opposed to including the music, because if the notes are there, you will focus on them instead of what you’re singing. I’ve heard of members who opposed overhead projectors as sinful (and later on, PowerPoints as well).

But with the Pizza Shortage going on, there is an almost-universal (at least as far as I’ve seen/heard) willingness to try new things in following the Biblical pattern. For example, I can’t tell you how many congregations have jumped headfirst into live-streaming their worship in order to reach members who are unable to make it to services. I count the church in Charleston, AR (where I preach), to be one of those. We’re live-streaming the worship on Facebook, and also posting them on our YouTube channel (which we also just created since the Pizza Shortage started).

I know of congregations who are having “drive-in” services in the parking lot. Each member/family stays in their car, tunes their radio to a specific frequency, and with a rather inexpensive radio transmitter, the song-leader, prayer-leader, announcement-maker, and the preacher can all be heard by the members in their own “socially distant” vehicles. The Lord’s Supper is distributed by men wearing gloves and masks, and handed to someone in the car, who then passes it to his passengers. Think for a moment about how crazy and liberal you would have sounded if you had suggested that on a specific Sunday, everyone worshiped from their car. People would have thought you were an out-of-your-mind change agent! But today? People look on this creativity with admiration, because it makes it possible for people to meet together while also keeping them safe from catching the Pizza Shortage. And they realize that it isn’t sin—it’s just a different (though definitely not ideal) method of obeying the same command to assemble together to take the Lord’s Supper and encourage one another (Hebrews 10:24-25, 1 Corinthians 11:17-30). I don’t think anyone would suggest that this should be the new model of how we worship, but given the situation now, most would agree it is an acceptable plan until the crisis passes.

It can bring the congregation closer

Perhaps this one doesn’t register right at first. After all, how can being forced to be further apart bring us closer together? When people are isolated at home, sadness, depression, or just plain “cabin fever” can take over. We are so used to being able to go where we want, when we want, that when it is taken away from us, it can become disorienting. We crave connection with people, but often we don’t think about it because we see people throughout the day. Right now, phone calls, text messages, and social media conversations are greatly increasing—because people want to be able to interact with others.

Here, we have a great opportunity. The Pizza Shortage has made this need abundantly clear. The challenge is, are we going to take the initiative to meet it?

In doing this, you will do three things:

It can help us evangelize

The church here in Charleston (as far as I’m aware) is the only religious group in town that is still having Sunday morning services right now. The numbers have been way down (though most of the members who aren’t there in person have been live-streaming the worship, singing the songs and taking the Lord’s Supper at the same time), but we did have a denominational visitor come because his church wasn’t meeting until further notice. Additionally, we have had non-Christians tune in to our live-stream on Facebook (as well as Christians from across the country, who are in the same predicament).

I recall reading a bulletin article about a Southern town during the Civil War. There had been battle and bloodshed, and most of the churches in town stopped meeting. When the North overtook the town and declared martial law, there was “peace” (absence of fighting), and the churches wanted to re-open. The military leader refused, saying (in essence), “When in the middle of a great trial, you decided to shut your doors instead of gathering to petition the Great God of Heaven. But now, when there is no longer conflict, you want to come back. That is not real Christianity.” He refused to allow them to gather. However, there was one church who had continued to meet throughout the conflict—the church of Christ. The military leader had great respect for their dedication, and though he didn’t obey the gospel, he gave them—and only them—the permission to continue meeting.

I fully understand why some members during this Pizza Shortage may feel the need to stay home. We have members who work in hospitals where there have been confirmed cases, and there is a much higher chance that they could be carriers—and out of concern and love for their brethren, they don’t want to infect them. There are others whose immune system is already compromised, or who are older and prime candidates for suffering the worst if they catch it. Each person needs to make their own decision after prayer and contemplation.

But those who are able to worship with the saints should worship with the saints. You can still meet together, and if precautions are taken by all the members (“social distancing,” perhaps wearing masks and gloves, hand-washing, etc.) you will be just as safe as when you go to the grocery store to pick up essentials.

But for a moment, put yourself in the shoes of someone in your community. This person perhaps realizes he isn’t in control, and that he needs to “get some God” in his life. Now imagine this person decides to visit a church. He wants to find one with dedicated Christians who truly put God first. So he does a bit of looking around, and he finds that during this Pizza Shortage, only one church was dedicated enough to still have services. Which one do you think he’ll choose to visit first?

It gives us an opportunity to show grace to our brethren

Let’s state it as it is: people are freaking out. They are scared. They are anxious. And that’s understandable. But there is a big problem that comes as an outgrowth of this fear and anxiety—two of them, actually.

There are those on one side, who think that the Pizza Shortage is being way overstated, that it is making a much bigger deal about it than is justified, because there are other things that regularly cause more deaths (car wrecks, the seasonal flu), but we don’t shut down the economy and wreck millions of people’s lives for those. These people can (and I’ve seen it happen) look down on others and treat them like ignorant wimps for being worried and scared and anxious. They will accuse them of believing anything they hear, of not being able to think for themselves and objectively look at the evidence, and of having no faith in God.

On the other side, you have the people who think the Pizza Shortage is extremely bad, something which has no definite cure yet, and that it must be taken seriously with extreme measures in order to keep it from growing. These people can (and I’ve seen it happen) look down on others and treat them like clueless morons because they aren’t worried. They will accuse them of thinking that they know more than the experts, of being only interested in money instead of people, and of being guilty of “tempting God” (Matthew 4:7).

Brethren who are speaking out about the job losses aren’t out there worshiping some golden calf called “capitalism.” Instead, they are concerned about the real-world impact on millions upon millions of people whose world just came crashing down because their business shut down, their job is gone, and they are struggling to support their family.

Brethren who are focused on “social distancing” and the related precautions because of the spread of the Pizza Shortage aren’t mindless sheep who feed on whatever the media gives them. Instead, they are concerned about the real-world impact on thousands upon thousands people whose world just came crashing down because they’re dying in a hospital, or because their spouse, or father, or mother has just died.

I hope that everyone who reads this can agree that both sides have legitimate concerns, and show grace instead of judging brethren for being more vocal about one section of those suffering instead of the other. This is an opportunity to show love and unity—and to have actual dialogue with brethren who might come at this issue from a different perspective than you.

Satan wants to use this time of crisis to separate the body of Christ. He wants people to remain isolated from their spiritual family, feeling alone and scared and depressed and anxious. He is the enemy here.

But we can fight Satan and bring glory to God by simply doing what we can to help our brethren stay connected to each other and to God. We can show grace and empathy for all those who are affected by the disease and the steps taken to slow its spread.

We have great opportunities afforded to us, and if we take them and use them to God’s glory, this Pizza Shortage can bring about good things.

[NOTE: I assume that the readers understand I am not saying that people dying is a good thing, but that God can use this international crisis to bring about good things, if we look for the opportunities and take them.]

And just like that, WOW… on April 17, an article was published about how there is now a pizza shortage because of the coronavirus. https://popculture.com/trending/2020/04/17/us-running-out-frozen-pizza-amid-ongoing-coronavirus-pandemic/