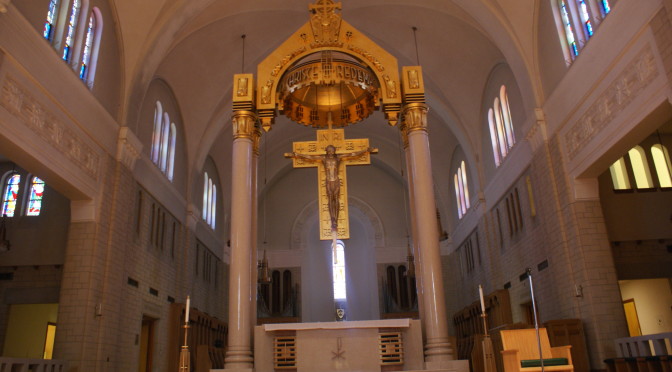 This week, a large section of the world is focusing on the birth of Jesus Christ.

What we need to remember is that ANYTIME people want to focus on Jesus, we should take advantage of it and show them what the Bible says about what happened with Baby Jesus.

And also, because of the Catholic Church’s influence in years gone by, and their willingness to “Christianize” pagan celebrations, we have all sorts of things that get connected with the birth of Jesus that make no sense at all.  For example, how does a tree covered in electric lights have anything to do with the birth of Christ?  How do flying reindeer help us remember the birth of Jesus Christ?

It seems that people only want to think of baby Jesus as a cute little harmless baby in the manger, and ignore the rest of what the Bible says about Him.

Do you realize that the passages speaking about the birth of Jesus Christ comprise less than 2% of the gospel records? That means there is still 98% of the book to go!

What would you think of someone who only read the first chapter of a book and then stopped reading, all the while gushing about how wonderful that first chapter was?  Imagine them going on and on about how great the book starts out. They have you hooked. You ask, “well, what happens next?” and they say “I don’t know, I don’t feel like reading the rest.”

That’s how people seem to act this time of the year.  They gush about the birth of Christ, but they ignore the truth about Baby Jesus – He grew up!

But Baby Jesus grew up…

Baby Jesus is easy to love.  Outside around this time, you’ll frequently see nativity scenes, because people love Baby Jesus.

But God didn’t send His Son to earth to remain a baby.

Baby Jesus grew into Boy Jesus (Luke 2:40-52).  The Bible tells us that, after being circumcised, Jesus went back home with His parents to Nazareth.  There, Baby Jesus “grew” (Luke 2:40).

At age 12, Jesus was found in the temple, listening to the teachers and asking them questions, and also answering them.  After returning with His parents, boy Jesus grew some more, and “increased in wisdom and stature and in favor with God and man” (Luke 2:52).

Boy Jesus grew into the Man Jesus.  When Jesus came to John the baptizer, he was “about thirty years of age” (Luke 3:23).  Immediately afterwards, He was taken into the wilderness to be tempted by Satan.  After overcoming the direct temptations of Satan, Jesus began to go around preaching repentance.

It was soon after this that people started to reject Him (who wants to actually repent?).  The people didn’t like that He claimed to be the answer to Old Testament prophecy, and they grabbed Him, and were going to throw him off a cliff.

These people who had no problem with Baby Jesus suddenly didn’t care for Him anymore once He started exposing their sinfulness.

Why is it, do you think, that most people who love Baby Jesus don’t follow what the Man Jesus has to say?

Outside of the first two chapters of Matthew and Luke, the birth of Jesus isn’t the focus.  Instead, the Bible constantly points to the death of Christ as the most important part of His time on earth.

The apostle Paul said that his focus was on Christ and Him crucified–not on Baby Jesus.  When Peter preached on the day of Pentecost, He started by telling the people there to listen up and then proclaimed Christ crucified–not Baby Jesus in the manger.

Jesus Himself, when instituting the Lord’s supper, said that it was a feast to remember His death–He never told people to celebrate His birth.

Religious people today seem to love Baby Jesus, but they want to ignore the Man Jesus and His teachings.  And no surprise, because the Man who was once Baby Jesus was murdered by religious people who didn’t like what He had to say.  They had no problems with Baby Jesus, but now they’ve changed their minds because this Jesus—the man—exposed their sinfulness.  They went all out to silence this man who dared make demands of them.

But still, Jesus willingly died because through His death, all people could be saved from their sins.

But even with that, Jesus made demands.

Don’t get me wrong.  There is ZERO problem with thinking about and being happy about the birth of Jesus Christ.  It’s in the Scripture, and “all Scripture is profitable.”

However, if you just stop at the cute little Baby Jesus, you are ignoring 98% of what the gospels tell us about Him.

As you go through your life, remember the truth about Baby Jesus–He grew up.  He died on the cross, and He was risen again on the third day.  And come judgment day, He will be the one deciding your eternal destination.

It’s about time you read the rest of the story of Jesus, don’t you think?