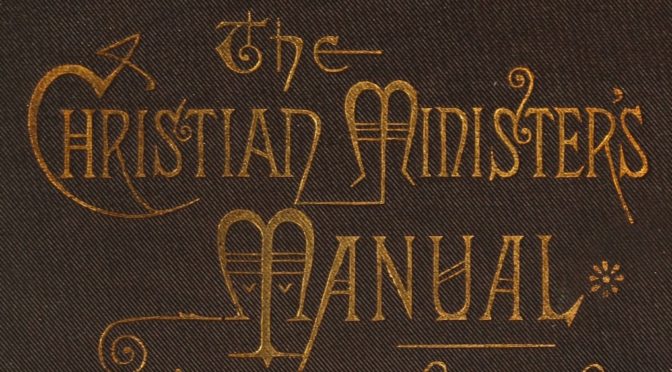 Over the years, I’ve personally seen several different books with the title The Christian Minister’s Manunal.  One was by George DeHoff, another had Jim Bill McInteer’s name attached to it, and yet another was put out by Standard Publishing.

The oldest one I’ve seen (which is being added today to the Jimmie Beller Memorial eLibrary) was written by F.M. Green, a preacher in the late 1800s, who also wrote a biography of James A. Garfield.

This book was written as an aid for preachers in dealing with various things that come up in the life of a minister, such as: