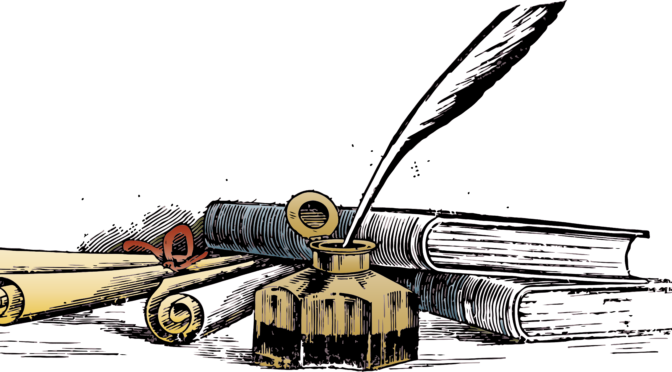 The shortest book of the Old Testament is called Obadiah, and is a scathing condemnation of the Edomites for their treatment of Israel when the Jews were attacked and looted by their enemies.  If we were asked, “Who wrote the book of Obadiah,” the answer would be, “Obadiah, of course.”  But which Obadiah? (Because there are actually several in the Bible.)

In 1 Chronicles, there is an extensive genealogical list (several, actually) that lasts nearly ten full chapters.  Five different men named “Obadiah” are listed in those chapters (3:21; 7:3; 8:38; 9:16, 44).  The same book also mentions a warrior from the tribe of Gad named Obadiah: this man was a fighter who was elevated to become one of the captains of David’s army (12:9-18).  Yet another Obadiah is mentioned as the father of Ishmaiah, the ruler/governor over Zebulun (27:19).  Then there’s a Levite named Obadiah, who faithfully oversaw repairs made to the temple of God (2 Chronicles 34:12).

When a portion of the Israelites returned from Babylonian captivity, a man named Obadiah brought 218 men (probably children, grandchildren, nephews, younger brothers) with him (Ezra 8:9).  Later on, one of the priests who helped with the rebuilding project was named Obadiah (Nehemiah 10:5, 8).  Another Obadiah (though it is conceivable that it is the same one) during that time was a protector of the prison (Nehemiah 12:25).

But the two most likely candidates for the writer of the book of Obadiah are not among those eleven men.

One was the governor of King Ahab’s house, but risked his life to hide a hundred prophets of God, and even fed them (presumably with Ahab’s food) during a great famine (1 Kings 18:1-16). This man was also acquainted with Elijah, which was also very dangerous at this time, since that prophet had a death sentence hanging over his head by Jezebel.  But Obadiah remained faithful to the Lord and His prophets.

The other one is a man chosen by King Jehoshaphat to travel around the kingdom as a teacher of the Law, to bring the people back to God—and it seems to have been so effective that the nations around them even feared the Lord as a result (2 Chronicles 17:3-10).

We may never know for certain which man wrote Obadiah, but now at least you know a little bit more about the possibilities.