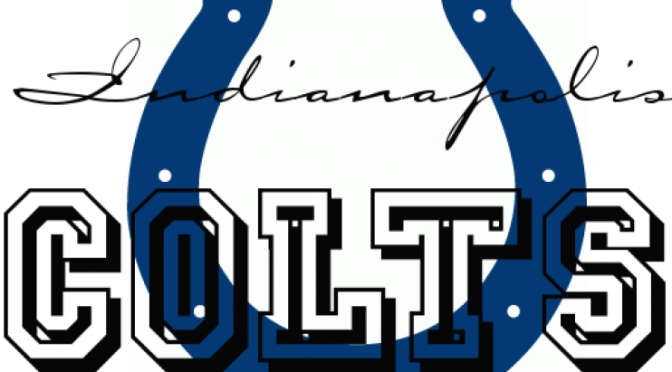 Ouch.  That is painful for me to type.  I am a Colts fan, and have been for 30 years.  And if you know anything about Colts fans, it’s that they despise the New England Patriots with a passion.  They are  enemy number one, and a loss to them is, frankly, demoralizing to the fans.  Especially when it’s in the playoffs.  Especially when it’s a blowout.

Disappointed? That’s the understatement of the century.

There are already Colts fans calling for the coaches and general manager to be fired, and for most of the team to be cut.  Those are severe overreactions, but there are several of them saying that quite vocally.

They’re not just disappointed, they’re mad about it.  They’re so upset at the outcome that they want everyone associated with it to be gone forever.

I know, I know, football is just a game.  And I’m not about to jump off a building, so don’t worry.

But that’s what happens when you invest your hopes in man–in humans.  People are going to fail.  They’re going to let you down.  You’re going to be disappointed, because even though they try hard, they’re not always going to succeed in doing things right or in winning the game.

This is a reminder for all of us that the only one who will never let us down is God.  God has made promises to us in His word, and He will always fulfill those promises.  My personal favorite is this one:

If we confess our sins, He is faithful [trustworthy] and just to forgive us our sins, and to cleanse us from all unrighteousness (I John 1:9).

We don’t have to hope that God will forgive us; we can know it. God keeps His promises.  God never fails.

It’s something to keep in mind.