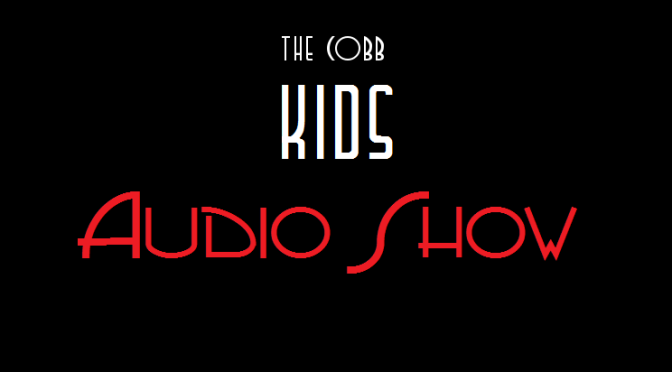 After months and months of planning, and hours upon hours of recording and editing work, the latest episode of the Cobb Kids Audio Show is ready for your listening pleasure!

For those of you who might be new to the scene, let me give you a brief recap.  A few years ago, Paul Cobb was listening to old time radio shows, and decided to make up his own.  With the help of his sisters (and mom and dad), they recorded and released a 6-minute long episode called “Funnier and Funnier.”  It had laugh tracks and sound effects and everything.

In this brand new episode (the fifth in the series), we finally figure out why Puck’s farm isn’t making any money.  Mr. Oldman discloses his baseball delusion.  Scarlet, Lizzie, and Josie spend time reading the latest Laura Lane book, and Bruce gets…well, if we told you, it’d ruin the story!

But, as a bonus, we will tell you that we have sponsors for the show this time!  Well, I guess for them to be real sponsors, there’d be money involved.  So, perhaps it’s better to say we’ve got commercials!  And we think you’ll enjoy what they have to say.

The Cobb Kids have put a lot of work into these episodes.  The first four are all available free of charge in the Audio Show section.  If you like them, try out this brand-new 15-minute episode for just 99 cents!  All proceeds go to the Cobb Kids.