Most of the ones who hold that position are among our brethren who use a single drinking vessel (i.e., one cup).  Obviously, just because some among them hold that view does not mean that all–or even most–of them do.

Recently, I came across two debates which dealt with this subject, and they are today’s additions to the Jimmie Beller Memorial eLibrary! 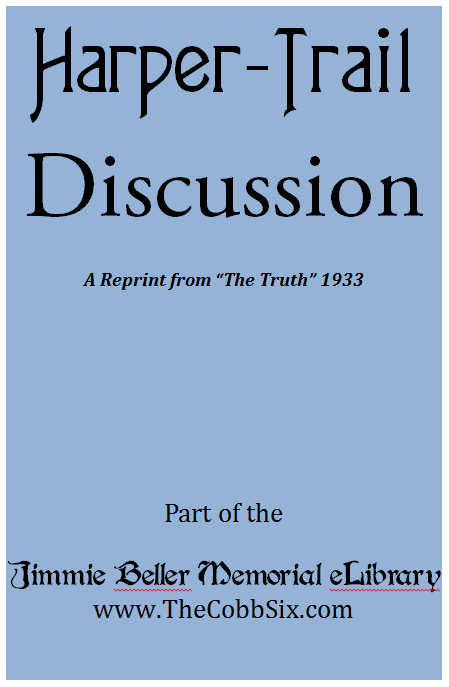 This written debate took place in 1933 and was published in H.C. Harper’s paper, The Truth (Later known as Old Paths Advocate).  Brother A.J. Trail takes the position that only alcoholic wine can be used in the Lord’s Supper, while brother Harper argues that only non-alcoholic grape juice is permitted.

We have corrected several spelling and typographical mistakes (and a couple mistaken Scripture references) in preparing this debate for you.  We hope you will find it to be interesting!  Scroll down for the download link! 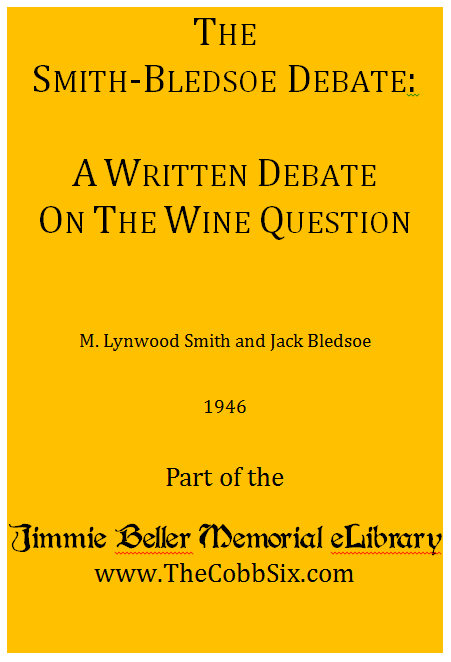 The Smith-Bledsoe debate is interesting in that it is only half of what it was meant to be.  M. Lynwood Smith affirmed that grape juice was the only thing allowed under the phrase “the fruit of the vine,” while Jack Bledsoe argued that both alcoholic and non-alcoholic grape juice (or wine) were equally acceptable–though he puts forth the idea that alcoholic would be more in keeping with the Bible.

For some reason, the second part of the debate, with Bledsoe in the affirmative, never took place.  One man claimed that Bledsoe quit because he couldn’t answer the arguments, but one look at his final rebuttal in this work shows that certainly wasn’t Bledoe’s belief or attitude.

We have corrected several typographical errors, spelling problems, and some Scripture references in preparing this work for you.

We hope that you will find these two short debates to be interesting and will help you to better understand the actions of our Lord in taking “the fruit of the vine” which He said was His blood.

4 thoughts on “A Debate on The Fruit of the Vine (two of them, actually)”